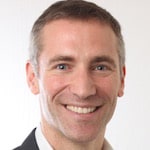 John-Paul Hamilton’s corporate career spanned sales and commercial strategy at PepsiCo and Virgin Media (the UK cable operator) before moving internally to head corporate social responsibility at Virgin Media. A six-month sabbatical in India with Dasra was followed by setting up a chocolate marketing business in the UK. Eighteen months and multiple blue-chip clients later, the company was merged with the parent company when he moved to India to join Dasra and his Indian wife. He has led the funding and collaboration team at Dasra for more than two years, leveraging the organization’s abilities to support the philanthropic journey of multiple individuals, corporates and foundations to unlock millions of dollars for leading Indian NGOs and causes. He is now heading back to the UK to start the next stage in his career.