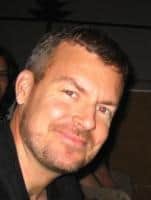 Mark Beckford is a global technology executive with a passion for building high-growth businesses using the principles of “creative capitalism” to create profits and progress in untapped markets and underserved populations.

In 11 years at Intel he led diverse global teams to extend Intel’s emerging market leadership, delivering millions of dollars in new revenue. Mark has lived and worked in China, grown markets in 45 countries, served as Intel’s channels/emerging-markets spokesperson, and presented at global leadership gatherings, including the World Economic Forum and the World Congress of IT on the role technology can play in accelerating economic development.

Mark is currently Vice President of Global Business Development at NComputing, a company with likely the biggest disruptive innovation to the PC since its introduction. He received his Masters of Business Administration from the Haas School of Business at UC Berkeley and is a mentor and advisor to startups at Haas and UC Davis Graduate School of Management.