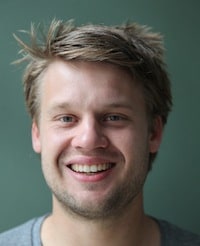 Rutger Bults is an experienced networker and project manager within the context of private sector development. Rutger builds upon his experiences at NCDO (Business in Development) and BiD Network.  He is able to connect with organizations and people with different interests to reach the objectives of both companies and people living in developing countries.

Rutger contributed actively to the creation of the BoP Innovation Center (BoPInc) in 2010, where he currently holds the position of Matchmaker. BoPInc develops, learns about and accelerates programs dedicated to private sector led inclusive innovations. It facilitates business development processes for and with low-income consumers and producers; the so-called Base of the Pyramid.

His master thesis for Political Science (IR) at the Univrsity of Amsterdam contained an analysis of the liberal perspective on poverty and how this developed over the last century into a more ’inclusive’ form of capitalism. Rutger also has an MA in Corporate Communication.

Rutger worked and lived in Brazil for a while and is currently based in Amsterdam.