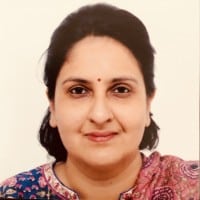 Soumya Kapoor Mehta is a development economist who has written on issues of poverty, social inclusion, social protection and female labour force participation for many years. Formerly with the World Bank, she has several articles, World Bank and UN reports, and two books to her credit, including one on the potential of basic income as a policy for India. Soumya holds degrees in economics from the University of Cambridge and St. Stephen’s College, Delhi.