Editor’s Note: you can read Part 1 of this interview here.

Devi Shetty is one of the world’s most celebrated surgeons, and the founder of Narayana Hrudayalaya, one of India’s largest multi-specialty hospital chains.

Narayana Hrudayalaya has pioneered a radically affordable health care model, using economies of scale and specialization to provide top-quality heart surgeries and other care to an astounding number of patients. In the process, it generates higher profit margins than most private hospitals in the U.S – while offering many of its services to poor patients for free.

The company is quickly becoming one of the largest health care players in India, and it is expanding aggressively beyond the country’s borders. NextBillion Health Care spoke recently with Devi Shetty. In part 1 of our interview, we discussed the secrets and sacrifices of providing affordable health care. In part 2, we discuss Narayana Hrudayalaya’s expansion plans, its innovative use of technology, and how it hopes to transform the world’s approach to health care.

James Militzer: You plan to open a Cayman Island branch in the near future – why did you choose the Caymans?

Devi Shetty: I have dual reasons: one is to serve the serve the 40 million people living in the Caribbean region, who are currently dependent on the very, very expensive U.S. health care system. And two is to prove the model.

JM: If you are able to demonstrate that, do you think there is a possibility of penetrating markets like the U.S. or Western Europe?

DS: I have no desire of entering any market, but if the government and the people want us to build, we would definitely like to help them. We want to produce a model which can be reproduced by anybody. That’s our concept. It’s not how many hospitals we can manage.

We want to produce a standard. Like we have built hospitals for six million dollars. Now if anybody wants to build a hospital, in India or any other developing country, we are going to give them the blueprints and the cost structure and everything. We want everyone to build it. That’s our model.

(Left: One of Narayana Hrudayalaya’s Cayman buildings, under construction.)

JM: Were you disappointed at all that Obamacare, with its expansion of health insurance coverage, might reduce the number of U.S. patients who would travel to the Caymans for affordable care, and cut into your bottom line?

DS: No, no. We don’t think that way. Actually, we had never even taken it into account that U.S. patients would come to us. We are happy that the U.S. is making some of the right decisions towards reducing costs. And they’re talking about the right things. I hope right actions will happen, so that people will be benefited.

So we are not disappointed, we are in fact really happy that the Obama government has started talking about low-cost health care. We thought that only the people in developing countries like ours were talking about cost reduction. It is really heartening – when the U.S. talks about something as a problem, automatically the solutions will come up.

JM: Besides the Caymans, what are your plans outside of India?

DS: We have expansions coming up in Malaysia, and we are very keen to do something in Africa. The governments of Africa are very, very open to innovations in delivery. But governments of richer countries have a very strong regulatory structure.

JM: Which African country would it be?

DS: We haven’t decided – we are open to any country which is willing to give us the basic infrastructure.

JM: Could you talk a bit about the Health City concept that you’ve been implementing in India? What stage is it in, and what will it involve? 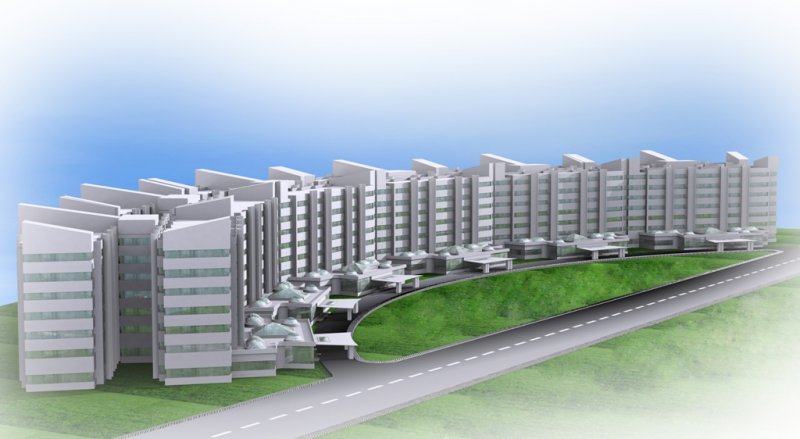 DS: Right now we have four hospitals in one campus of 30 acres. We have a 1,000-bed heart hospital, which is doing about 25-35 major heart surgeries in a day. We have a 1,400 bed cancer hospital. We have an eye hospital, and an orthopedic and trauma center. We get about 3,000-4,000 outpatients per day. We have 3,000 beds in the hospital. Our target is to increase it to 5,000 beds, and attract 10,000 outpatients per day. That’s our target, and we expect it to happen within the next three to five years.

JM: How important has telemedicine been to your services, and how important do you see it being in the future?

DS: Telemedicine is important, but the really big thing in health care is not going to be telemedicine. It is going to be software which will assist the doctors, and prevent them from making mistakes.

We call it the clinical diagnostic support system. And right now, what we are trying to do is to develop software which is utilized in the post-op cardiac ICU. We are doing away with all the charts and putting the IPad everywhere. And every interaction between the doctor and the patient, or the nurse and the patient, will happen based on the process and protocol.

JM: And those apps are like check lists of things your staff need to do at each stage of the care process?

JM: Why is that so important?

DS: Even in the safest hospitals on earth, one in two hundred patients dies if they spend one night in the hospital, from medical errors, not medical negligence. Getting admitted to the best hospital in the world is 10 times riskier than sky diving, because the doctors and hospitals do not follow protocols.

JM: Why has health care been resistant to those changes? 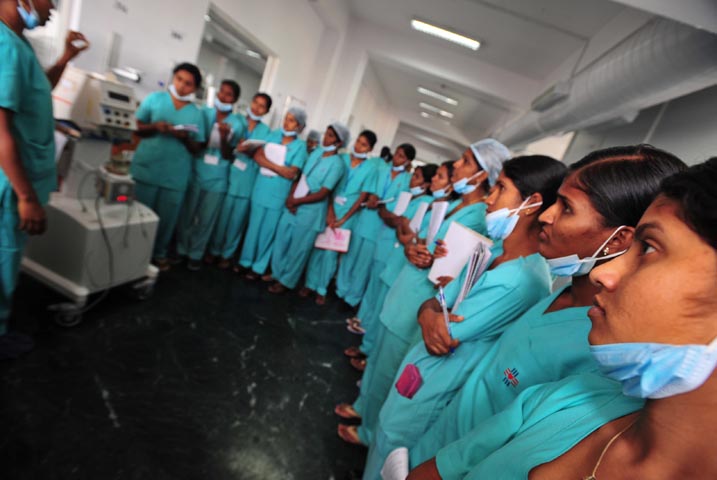 DS: Because doctors like us don’t want to use the technology, because we are scared of technology. We are scared that our importance may be reduced.

So we are going to produce a product, and they’ll be guided all the time, about the next step and what they’re supposed to do. We’ll ask them to use it, and they will, because their jobs will be a lot more comfortable, and their patients will be better off.

(Left: some of Narayana Hrudayalaya’s staff)

JM: Why do you think that India has been the site of so many health care innovations?

DS: Because we have no money! Necessity is the mother of invention. We need to do 2.5 million heart surgeries per year. And all the heart surgeons in the country put together perform about 130,000 heart surgeries a year, and the others die. So we have to do something.

JM: Where do you see Narayana Hrudayalaya in 10-15 years?

DS: First of all, I have a prediction for India. I believe that India will become the first country in the world to disassociate health care from affluence. Ten years down the line, we will still have millions and millions of people living in slums, but when they are unwell, they will have access to high tech health care that they need.

Because we’re training the largest number of doctors, nurses and medical technicians in the world. The U.S. trains 16,000 doctors a year. We train close to 45,000 doctors a year, and we are likely to train 100,000 doctors a year. So we are preparing for phenomenal health care delivery, what’s missing is that poor people don’t have the cash money to pay for it.

So 10 years ago we launched a health insurance called the Yeshasvini Health Scheme. We collected 11 cents from 1.7 million farmers, and they can get any operation, including heart operations, done free of cost. Now we have 4 million farmers who are paying 22 cents per month. And we are now trying to convince our government – we have 900 million mobile phone subscribers who are spending 150 rupees per month just to speak on the mobile phone. So we are trying to convince them that, if you can collect an extra 50 rupees from them, you will have covered 900 million people, mainly for heart surgeries and other necessary operations.

DS: I just believe that in our lifetime, everyone on this planet will have access to high-tech health care with dignity. It will happen because governments will ensure it – governments are the most powerful body on the earth. Once a government makes up its mind that health care can be offered, amazing things will happen.