The Future of Microfinance: An Interview With Ira W. Lieberman

Microfinance may not occupy the same prominent position in the global development space that it enjoyed in its heyday. But with some 200 million people – most of them in low- and middle-income markets – receiving support from microfinance institutions worldwide, the sector remains relevant. And in this time of unprecedented crisis and uncertainty, many long-time practitioners, researchers and advocates in the industry are contemplating what comes next. 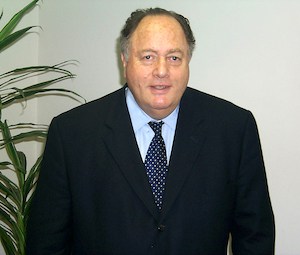 A new book, “The Future of Microfinance,” tackles this question head-on. This book is based on the results of a workshop at Lehigh University that included 34 leaders in the sector. Its editors worked with contributions from over a dozen leading authorities in the field to explore how microfinance has developed over the decades, how it has impacted hundreds of millions of clients, and how it can continue to meet their needs in the future.

We discussed these topics recently with Ira W. Lieberman, Ph.D., long-time development professional, current president and CEO of LIPAM International, Inc., and one of the co-editors of the book (alongside Paul DiLeo, Todd A. Watkins and Anna Kanze). In an email interview, below, Lieberman shared his frank views about the sector’s considerable accomplishments, and its equally substantial challenges.

NextBillion: The book sheds light on the microfinance sector’s four decades of evolution from a “niche service in Bangladesh” to a mainstream tool for financial empowerment. From where you’re standing, what are the most significant developments in the industry that you’ve witnessed in recent years?

Ira Lieberman: The most significant developments are:

NB: The book’s introduction notes that the sector has moved from claims that “microfinance ends poverty” to a much more oblique focus on the impact of financial inclusion on economic development, which under some circumstances can reduce poverty. But it also asserts that “there are few pro-poor initiatives that provide better bang for the buck” and that it’s worthwhile to build on the infrastructure microfinance has built. Does this suggest that microfinance is the best we can hope for, in terms of for-profit industries making sustainable anti-poverty impact at scale? Are there inevitable limits to how much an industry can reduce poverty, while generating enough revenue to sustain the business model?

IL: Initial claims that microfinance could end poverty or relieve poverty were largely promoted by one of the founders of the sector in the 1980s. This claim allowed [his] institution and others to raise significant capital from donor institutions. This view was not widely held in the sector. Marguerite Robinson’s seminal work on the sector, “The Microfinance Revolution” (2001) debunked these claims and pointed to the need for an array of support initiatives to relieve poverty. It was clear early on that microfinance could not support the poorest of the poor. BRAC (Bangladesh) was alone among the leading institutions in the field to develop initiatives to address the poorest of the poor, with the view of allowing these clients to move from abject poverty to (in time) being able to borrow from BRAC’s MFI.

The “modest “claim that microfinance prevents the working class from moving into deeper poverty is not a minor achievement. The addition of safe savings services as a product of regulated MFIs further enhances these services to the poor. So do diverse products such as microinsurance, remittances, money transfer, and finance for housing rehabilitation and education. Unfortunately, these diverse products have not penetrated the sector or developed to the extent they should have by now.

Other impact products such as solar loans, and loans for potable water, irrigation and value-added services in agriculture could all, in time, complement microfinance and contribute to poverty alleviation. This is especially important for rural areas in regions such as Africa. Pamiga, a microfinance network with MFI affiliates in East and West Africa, has developed financial services to focus on the above impact areas for its primarily rural MFIs. To date its scale has been modest. There are probably limits to which sustainable financial services can alleviate deep-seated poverty. But that should not discount the benefits provided to date by MFIs to some 200 million working poor.

NB: The book discusses microfinance’s shift from depending on donor/institutional support to attracting commercial capital – and seems to present this as a sign of the sector’s momentum. Yet many people (including, notably, Muhammad Yunus) remain uncomfortable with the idea of investors adding to their wealth – at times, substantially – with money paid by the poor. What’s the best argument that this dynamic is not only acceptable, but is actually positive for low-income communities?

IL: Yunus has been critical of successful institutions such as Bank Rakyat Indonesia (BRI) or Compartamos – the latter due to high interest rates and its public flotation generating significant returns for its investors, such as Accion International and IFC. He tried to define interest rate limits for MFIs, when in fact many of the Grameen replicas were charging higher rates of interest. As the first managing director of the CGAP Secretariat, my team and I emphasized sustainability for MFIs – meaning that they covered both their operating and financial costs on a subsidy-adjusted basis. Providing small loans to often-remote populations is expensive. Reporting to the MIX (founded by CGAP) by MFIs sought to focus on key performance measures such as return on assets and return on equity. Our view was that microfinance would not remain as a donor “flavor of the month,” and it was important for these institutions be able to operate sustainably and attract financing from the market—interbank, capital markets and investment funds as examples. In time, that is what has happened: The subsidy level has diminished substantially, and the industry is largely financially sustainable. We will see how the sector emerges from the current crisis where, in time, significant restructuring assistance might be required.

NB: The book notes that “the leading MFIs prefer to aim their financial services at SMEs rather than focusing on microenterprises and financial services for the poor.” Why is this happening, what are the upsides/downsides, and is there any way to reverse that trend?

IL: We don’t think that this is the case universally. But SMEs allow the MFIs to support employment, innovation and value chain development in ways that traditional self-employment loans do not, while providing larger loans which more reliably cover costs. The leading example is ProCredit Bank (ProCredit Holding), which founded a number of “greenfield” (startup) banks in Eastern and Central Europe and the Balkans. These countries did not have the poverty levels of Africa, South Asia or select countries in Latin America. Financing need and demand was primarily to grow small businesses, which evolved as the region opened up following the break-away from the Soviet Union in 1990 and the end of the conflict in the Balkans. At some point, ProCredit Bank simply announced it was moving away from microfinance and focusing on SMEs exclusively. That, to our knowledge, is not the case in the rest of the sector.

NB: One interesting chapter in the book, by Tim Odgen, discusses five promising channels for innovation in microfinance – while also laying out some of the obstacles to innovation in the industry (among them the fact that it involves greater investment and risk – and many providers and investors have little appetite for either). What do you see as the most promising potential innovation the sector could pursue – and what would need to change to make it happen?

IL: The sector is currently pursuing digital finance/mobile banking, and to some extent fintech. These initiatives require capital to scale up and joint ventures with institutions – such as mobile carriers, agent networks and fintechs – as the developers of proprietary technology/models for evaluating credit. After the initial success in Kenya, industry leaders such as CGAP have devoted a good deal of intellectual capital to promoting these innovations in the sector, but they are proving difficult to develop and scale. Nevertheless, several chapters in the book focus on the importance of digital finance/mobile banking as the primary driver of future success in the sector.

NB: The book mentions that “the benefits of fintech are not materializing” in many microfinance markets. What is driving this assessment, and how can providers turn things around?

IL: Fintechs, as differentiated from digital finance/mobile banking, depend on institutions to develop proprietary screening models that are tailored to a given market. Fintechs on their own are not usually in a position to easily acquire clients, and as such need to acquire MFIs – as was the case in South Africa a few years ago – or [enter into] joint ventures with MFIs or banks. The large MFIs or banks can provide both clients and balance sheets to finance the loans screened by the fintech. Scaling fintechs and proving the model’s viability is both costly and takes time.

NB: The issue of client indebtedness is a long-standing criticism of microfinance, and one that is increasingly being brought to light amidst the economic challenges of COVID-19. How can the sector avoid harming customers in the current crisis – while also maintaining the viability of providers that are also struggling?

IL: Paul Di Leo and I have written some standalone notes and a blog about the current crisis and the microfinance sector. There has been extensive industry discussion about a self-rescue effort to support the sector and its clients. Institutions such as the leading investment funds have come together to define workout principles for MFIs in distress, so they can continue to support their clients. IFC is mounting a large-scale liquidity fund to support the sector, and there are several other initiatives underway to provide necessary support. The key will be speed, agility and industry cooperation to affect necessary workouts and debt restructuring for the sector. We are happy to share our notes and blog on this critical issue.

IL: One key lesson from microfinance is the need to build sustainable institutions to support whatever impact sector they operate in. The microfinance sector was slow to measure and report on impact, and to focus on client awareness. This has only come in time, as leaders such as Beth Rhyne started the client protection “SMART” campaign in 2011 – and under the aegis of the Social Performance Task Force, which has developed tools and industry standards for holding MFIs accountable to their client protection and social value goals.