No Fortune at the BoP?: Globe-trotting economist Paul Clyde on the promise (and limitations) of health care delivery models that serve the poor – Part 1

Paul Clyde is an itinerant economic adviser and member of the business economics faculty at the University of Michigan. His work has spanned over 20 countries, and he has served clients ranging from multi-national corporations to public and private institutions throughout Africa, Asia and Eastern Europe.

Clyde’s work has included privatization projects, market entry strategies and business plans, but recently he’s been focused on health care delivery to the rural poor. Over the past decade he has advised or run over 40 projects in 10 emerging markets, helping develop financially self-sustainable health care business models.

I spoke with Clyde about the ongoing evolution of BoP health care. In part one of our conversation, he talks about the fundamental changes the sector is experiencing, and gives a frank assessment of the promise (and limitations) of existing business models.

James Militzer: What changes have you seen in the BoP health care sector, and the developed world’s approach to it, over the years?

Paul Clyde: There are a number of different things going on at the same time. One is that over the past 20 years, there has been a significant increase in the amount of private sector money coming into emerging markets – and more importantly, private sector thinking. So it’s no longer the case that millions of dollars are being thrown at institutions trying to keep them afloat. More and more, donating institutions are looking for ways to put money in at the start-up phase that will result in a self-sustaining institution, whether it’s health care or anywhere else. So foundations are interested in funding things if they can see that it’s not going to require an annual payment from them.

The second element is that health care is changing all over the world. The move to chronic care from acute care is a significant move. The mechanisms and systems that were designed to deal with acute care problems are not well-suited to deal with the emergence of problems like diabetes, hypertension and cancer. These more chronic conditions require a fundamentally different way of organizing the health care system – a movement away from a focus on hospitals and doctors.

That movement is very difficult to do in the United States and other Western markets, because you’ve got institutional limitations such as established regulations, insurance companies and payment schemes. But when you go to a place like Uganda, where we’re working right now – because there isn’t much there in terms of regulations and industry structures, there’s a lot of flexibility, and you can start thinking from scratch about how to go about structuring this. You have the flexibility to try very new approaches without established vested interests or institutional arrangements that are going to resist that change.

JM: How would a developing world health care system that’s being built to address those needs look different from systems in developed countries? 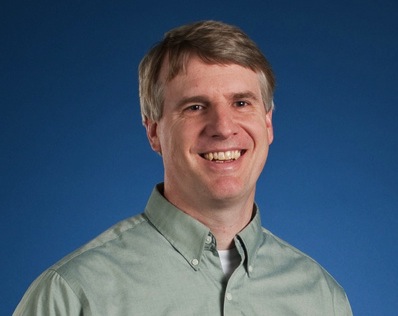 PC: I don’t know, is the short answer to that. But that’s the exciting thing – there are a whole bunch of different individuals out there, in markets all over the world, who are trying to develop solutions to these issues. And I think more of the experimenting is going to go on in markets like these, because there is more flexibility there, and just out of necessity. You don’t have the human capital and the resources available that you do in developed economies, and so you have to develop more creative solutions.

And so I look at it as sort of a competition of ideas. There are a whole bunch of different ideas that are being tried out there, and I think it’s likely that at some point, one of them is going to prove to be quite successful, and will start catching on – probably first in emerging markets, and then some variant of it will find its way into more developed markets.

JM: Have you seen any business models that are proving particularly effective in achieving self-sustainability?

PC: The examples that I know of have been in very narrow areas of health care, like eye care, heart care or cancer care. The Aravind Eye Care system is one that is self-funding. About 70 percent of their operations they provide for free, or for a very low cost. And the other 30 percent they charge something for, and they’re able to cover all their costs as a result of that. And there’s an ashram up in India that has two hospitals, a general hospital that relies heavily on donations, and a separate cancer hospital. The cancer hospital is able to generate enough revenue through services it performs for paying patients that it can provide cancer services to patients who cannot afford to pay.

JM: What about examples of sustainable general health care?

PC: I don’t know of an example of where that’s happened in general health care. If you could show that you could do that, I think there would be plenty of social investors out there who would be willing to invest in something like that, because the impact could be enormous. And if you don’t have to keep investing to have the impact keep going forward, that’s a very inviting investment from a social perspective.

That’s what we’re looking at right now in Jinja, Uganda. We’re trying to work with doctors to develop some sort of health care system that would provide services to the poor in the local region, and fund it through cross-subsidization from some service that it specializes in. The service we’re looking at in particular now is rehabilitation. And that comes from conversations we’ve had with companies in Uganda – their only choice right now is to send employees two hours away to Kumpala, or over to Kenya, when they get injured. And they would love it if there was some facility that was available to their employees or themselves right there in town.

JM: Is there a risk that less socially focused businesses could come along and just use the revenue from specialty care services to offer lower prices than companies that cross-subsidize those who can’t pay?

PC: Yeah, I think that is a real challenge and a real possibility. But there’s another concern. Let’s say you’re developing a health care institution that is successful in cross-subsidizing their service to the poor, and that relies on being able to charge one constituency. Now if there are international organizations that are sending doctors in to provide the same services for free, why is anyone going to pay a price at the cross-subsidizing health care institution?

In a sense, that undermines the ability of the cross-subsidy model to work, because even if I could afford to pay, if I wait around for one of these international clinicians to come in, offer services for free for a week and then leave, I don’t have to pay. But I just took away an important part of the cross-subsidy model from the hospital that’s there for the long haul, trying to operate in a financially sustainable way. I think there is an increasing understanding of that in donor institutions – but not always, so it is a concern that I have.

JM: When it comes to health care, is sustainability the best-case scenario? Does that mean there’s no “fortune at the base of the pyramid” in health care?

PC: Well, if you’re wanting to serve the poor, no, I don’t think there is a fortune at the base of the pyramid. I think there is a reason to expect that you could get your capital back, and I think we’ve seen examples of that, and maybe even get some sort of modest return on your equity investment. But if I figure this in a market sense, I couldn’t make an argument that companies should be investing in these health care models that are serving the poor because they’ll make more money on that than on any other investment. If this were the best investment opportunity companies had, we wouldn’t even need to be talking right now, because there would be all sorts of companies in there doing that right now.

But I don’t think you need to go that far at this stage. Twenty years ago, there wasn’t even discussion about covering operating costs. Now, there are a number of examples where that does happen, and the expectation is that it will continue to happen.

JM: So you don’t think a new “radically affordable” technology could open the door to greater profits in BoP health care?

PC: Oh, with technology I think that may be possible. And I think there are examples of that in specific technologies, where companies are able to sell them to much poorer communities and still make money on it. But if you’re talking about health care delivery, you’re talking about more than technology. You’re talking about processes and human capital, and the organizational structures it takes to deliver this. And in that case, I don’t know of an example where you’re making as much money as you could with another investment.