The Social Progress Index:: A new language for development, or 21st century Esperanto?

The latest alternative to GDP does something interesting: it ignores money. That’s not because money doesn’t matter—it’s because money is only as good as whatever it can buy.

Every few months, it seems someone comes up with a new alternative to gross domestic product, the ubiquitous measure of national success that even its inventor never embraced. This month the respected Harvard professor Michael Porter, father of the catchphrase “shared value,” jumped in the game with an index of his own: the Social Progress Index.

Here’s Porter’s guiding principle: Instead of making any attempt to balance financial metrics, such as income, against social outcomes, such as clean water, SPI simply measures the outcomes.

As reported by the Guardian, Porter “believes past indices have failed because they have tried to mix economic metrics with social metrics.” 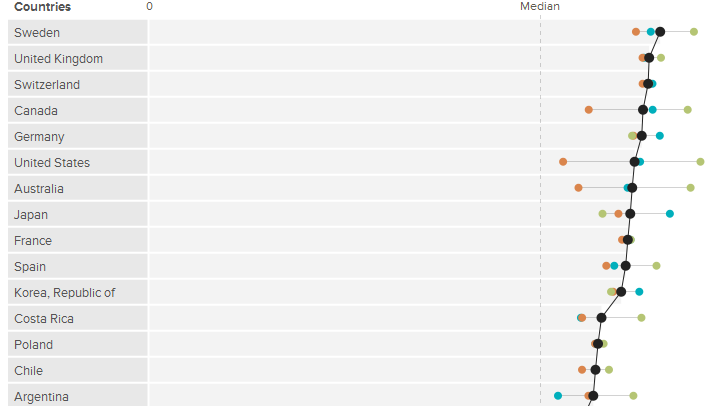 (Above: A screenshot of the The Social Progress Index).

The problem with this system, of course, is that everyone wants to make his own list of desirable outcomes. Porter’s new organization chooses to track “nutrition and basic medical care; air, water and sanitation; shelter; personal safety; access to basic knowledge; access to information and communication; health and wellness; ecosystem sustainability; personal rights; access to higher education; personal freedom and choice; and equity and inclusion.”

The result, though, is a selective ranking that makes intuitive sense: Sweden leads the way, followed by the United Kingdom, Switzerland, Canada, Germany and the United States. At the bottom, with half the leaders’ scores, are Uganda, Nigeria and Ethiopia.

Interestingly, as the Guardian notes, “no countries score in the top half for all 12 components of the index.”

It’s possible that alternatives to GDP will be to the 21st century what Esperanto was to the 20th—beloved by idealists but impossible to agree on. But if SPI or another outcome-based measure somehow became the universal language of global policy, it’s hard to imagine the world ever returning to GDP.

This article was originally published on Global Envision, a blog site focused on market-based solutions to poverty managed by Mercy Corps, a NextBillion Content Partner.