All About India : A Health Care Market in Transition (Part 4)

Editor’s Note: This is the final post in a four-part series on developments and challenges in Indian health care. Other posts include:

?This post was originally published at YourStory.in, and was adapted and republished with permission.

India’s health care system is at a crossroads.

Due to these changes, the incidence of lifestyle and age-related diseases like diabetes is growing rapidly. And the health care system as currently structured is ill-equipped to respond.

The impact on low-income Indians

The problems facing India’s health care system have a greater impact on the poor. The unequal geographic distribution of doctors and hospitals makes it difficult for low-income families to access quality medical facilities. Eighty percent of doctors, 75 percent of dispensaries, and 60 percent of hospitals are situated in urban areas – making quality health care virtually inaccessible to people who live in remote areas. And dramatic increases in the cost of care have further limited the options for low-income Indians.

Without access to quality, affordable care, a low-income family will often delay going to the doctor and make do with local quacks until their condition deteriorates to the point where more serious medical interventions are needed. Not only does this increase the overall cost of treatment, it also causes a loss of wage resulting in a major financial setback to the family. This can lead to a family member dropping out of school to seek a job, or other adverse lifestyle changes. Nearly 39 million people fall below the poverty line each year due to health-related expenditures.

There are three overarching problems that plague India’s health care sector today, and that must be addressed in response to patients’ changing needs: quality, access and affordability. These problems are exacerbated by: 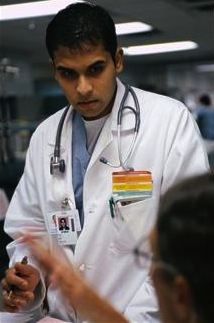 1. A shortage of doctors across India: India only has 700,000 doctors serving a population of more than a billion people. The situation is further exacerbated by the limited number of specialists available to treat this vast patient population. The Government is implementing some measures, including a “return bond” requiring doctors who pursue their higher studies abroad to return to India after completing their studies. But the problem is far from solved. Doctors in India are paid poorly – a freshly minted doctor with over five years of medical education is paid 15,000 rupees per month (around $275). It’s not rocket science to understand why most doctors prefer to work in better-paying urban hospitals rather than poorly stocked and staffed rural hospitals.

3. Poor health insurance resulting in a higher share of private expenditures: Due to poor insurance penetration in India, Indians pay 60 percent of all health care expenditures out-of-pocket – comparable to poorer countries like the Central African Republic (63 percent), Nigeria (62 percent), Bangladesh (65 percent) and Vietnam (58 percent). People in the United States (12 percent), United Kingdom (10 percent) and Germany (13 percent) spend far less because of better social security coverage, deeper insurance penetration and higher state expenditures on public health. Although India’s health insurance market is one of its fastest-growing segments, only 15 percent of people are covered under health insurance. Only 2.2 percent are covered under private health insurance, of which only 10 percent covers rural people. So there is a tremendous market to be tapped.

In spite of the seriousness of these challenges, there are reasons for optimism. Here are a few examples of what’s working:

Though the challenges facing India’s health care system are vast, solutions do exist. The time to pursue them is now – before changing demographics make these problems spiral out of control.

Disclosure: Unitus Capital has an investment banking relationship with Neurosynaptic Communications. These authors’ personal views do not necessarily represent those of Unitus Capital.