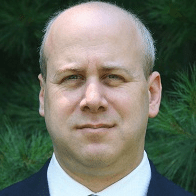 ​David Ripin​ (primary author) joined the Clinton Health Access Initiative (CHAI) in 2007​ and is currently the ​executive ​vice ​president of Access ​programs and ​chief ​science ​officer​. Prior to assuming his current role, he led CHAI’s Pharmaceutical Sciences Team, which conducts research and development work. These efforts focus on reducing the cost of key drugs through recommending formulation, manufacturing process and sourcing improvements, as well as conducting the transfer of these processes to manufacturing partners. Ripin is actively involved in setting international priorities for HIV drug optimization work, including organizing the Conference on Antiretroviral Drug Optimization in 2009. Before joining CHAI, he worked at Pfizer Inc. for 10 years as part of the research and development group, focusing on the commercialization and manufacture of drug candidates. He received a bachelor’s degree in chemistry and Asian ​studies from the Washington University in St. Louis and​ earned a Ph.D. in ​chemistry at Harvard University.