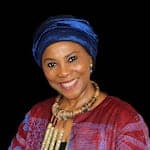 Ms. Ahunna Eziakonwa is a leading development and humanitarian specialist with over 20 years’ experience in the United Nations where she has served in senior roles culminating in her 2018 appointment by Secretary General Antonio Guteress to serve as UNDP Assistant Administrator and Director, Regional Bureau for Africa (RBA), at the rank of Assistant Secretary General.  In this role, she leads an over $1 billion development programme for sub-Saharan Africa, and a team spread over 46 countries supporting African Governments to remove structural impediments to sustainable development. Her vision for Africa is captured in the document: “Africa’s Promise: The UNDP Renewed Strategic Offer in Africa” which applies the opportunity lens to Africa’s development trajectory.   RBA’s regional and country teams are now working with global and regional partners, to rapidly rejuvenate programmes. She has established innovative initiatives such as the Africa Influencers for Development (AI4Dev) – a powerful coalition of leaders in business, academia & the arts steering Africa’s development agenda to ensure a future out of dependency and beyond aid by seeing that  Africa’s Money works for African Development.  She created the UNDP-Tony Elumelu Foundation Partnership to empower 100,000 youth in Africa. Her brainchild, the Africa Young Women Leaders – a joint initiative with the African Union Commission, unleashed an outstanding cohort of women leaders who are being nurtured across UNDP to drive change in Africa.  Ms. Eziakonwa provides technical leadership to both the UNDP Africa and the UN system-wide socioeconomic response and recovery on COVID-19 in Africa.  Further, she co-chairs the UN Development Group in Africa – a body of agency, funds and programmes  responsible for implementing the Secretary General’s vision of UN reform. This entails optimizing regional assets to offer a stronger value proposition to Africa.

Ms. Eziakonwa’s astute political acumen, communication skills and peace-building attributes advanced UN ideals supporting governments to navigate the pursuit of development amidst complex political and economic crises. This was evident during the over 10 years in which she led UN Country Teams in various nations as UN Resident Coordinator, Humanitarian Coordinator and UNDP Resident Representative. In Ethiopia, she oversaw UN support for the transition to a new political dispensation including convening the first ever Conference on Peace and Reconciliation at the height of political tension in 2016.  Ms. Eziakonwa proffered lasting solutions to break cycles of humanitarian emergencies in Ethiopia’s lowlands through comprehensive strategies. In Uganda, she led the UN effort at political dialogue – deepening democratic culture and strengthening emphasis on governance. The documentary film she initiated, commissioned, and guided on production: “A Film for Northern Uganda”; increased visibility and support for foreign investment in the region.  It was selected for several international festivals and nominated for Best Feature Documentary, Best Cinematography and Best Soundtrack at The African Film Festival in Dallas, Texas. In Lesotho, she oversaw the political mediation that led to a peaceful transition of power in 2012, in an environment of complexity and volatility; and delivered impact-driven development programming on local government, disaster preparedness and HIV/AIDS.

As Chief of Africa at the UN Office for the Coordination of Humanitarian Affairs (OCHA), Ms. Eziakonwa oversaw 15 operations covering West, East and Central Africa on UN system response to natural disasters and complex emergencies and transitions from relief to recovery.  Other senior positions held in the field were in Liberia (Head of Office a.i.) and Sierra Leone (Deputy Chief). Before joining the UN, she held senior positions in civil society organizations advocating for the rights of women and youth.

She is a graduate of Columbia University’s School of International and Public Affairs where she attained a Master of International Affairs with a focus on Economic and Political Development in Africa. She is also an alumni of the Harvard Kennedy School Executive Programme where she received specialized training on cutting edge development thinking. Her core training is in Education with a bachelor’s degree from University of Benin (Benin City, Nigeria).