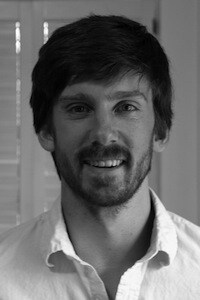 Alex works at Acumen Fund, a non-profit global venture fund that uses entrepreneurial approaches to solve the problems of global poverty. Alex plays a key role in Acumen’s efforts to raise institutional funding and build a global community of supporters. He also develops content for Acumen’s printed and online publications and serves as a liaison between the Business Development, Portfolio, and Communications teams. Prior to joining Acumen Fund, Alex worked as a documentary film producer and magazine editor. He has researched globalization at the Center for Strategic and International Studies’ Global Strategy Institute, and microfinance at the Grameen Bank. He graduated cum laude from Davidson College, where he was a John Montgomery Belk Scholar, and holds a BA in Anthropology with High Honors. You can contact Alex and follow him on Twitter.