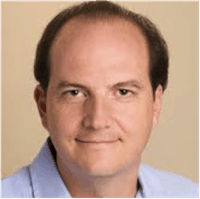 Álvaro Rodríguez Arregui is the co-founder and managing partner of IGNIA, based in Monterrey, Mexico. IGNIA is the largest base-of-the-pyramid (BoP) impact venture capital fund in the World; focused on commercial enterprises serving the BoP.

Arregui is the ex-chairman and current vice chairman of the Board of Compartamos SAB de CV and Compartamos Banco; Americas largest microfinance organization. He formerly served as chairman of the board of ACCION International. Also served as chairman of the board of Unidos Somos Iguales. He is a board member of Harvard University’s David Rockefeller Center for Latin American Studies (Advisory Board); Harvard Business School Alumni Board; Banamex, Mexico (Advisory Board); the Global Social Progress Initiative; ACCION International (emeritus); Consejo Coordinador Empresarial (CCE – Mexico’s highest rank business sector chamber); Duke University CASE Initiative on Impact Investing (CASE i3 – Advisory Board) and a mentor of Endeavor Global.

He holds an MBA from Harvard Business School and a BS in Economics from the Instituto Tecnológico Autónomo de México (ITAM).

In 2005 Alvaro was named Young Global Leader (YGL) by the World Economic Forum (WEF). Since 2008 he has been a member of the WEF’s Global Agenda Council. He is a member of the Young Presidents Organization (YPO), Monterrey chapter.  América Economía magazine, in their 20th Anniversary issue, named him as one of 10 “Leaders of the Future” in Latin America. In 2011 he received the PODER-ABC Business Award, which is given by The Americas Business Council, ABC* and Poder magazine. Forbes recently named Alvaro as one of the 30 Top Social Entrepreneurs of the world and in 2012 YPO awarded him with the SEN Sustainability Award on Economic Justice/Community Impact. Rodríguez is a Pan American (1991) and Central American (1990) rowing medalist and was eighth in the World University Games (1989).