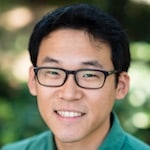 Andy Moon is the co-founder and CEO of SunFarmer, a nonprofit social enterprise that incubates and launches locally run solar businesses in developing countries. SunFarmer’s first business is based in Kathmandu, Nepal, and has installed solar energy projects at over 200 hospitals, businesses, and farms in 10 districts of Nepal.

Previously, Moon raised over $200 million in financing for solar energy projects around the world. He started his career at McKinsey & Company in New York, where he published widely cited articles on climate change and public health. Moon holds an honors degree from Stanford University and was named a 2016 Young Global Leader by the World Economic Forum.