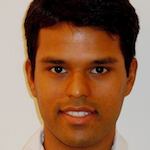 Ankit Mishra is a growth analyst at Premise Data, where he manages network operations in Africa. He has more than five years of experience in market analysis and emerging markets. He previously worked for the government of Ontario as an economist, analyzing the impact of the TransCanada Energy East Pipeline on Ontario’s economy, natural gas supply and environment. Prior to that, he worked at the OECD’s Economics Department, conducting research on India’s power sector for the OECD’s Economic Survey of India 2014. He earned a master’s degree in international economics from Sciences Po Paris and a bachelor’s degree in mathematics from York University.