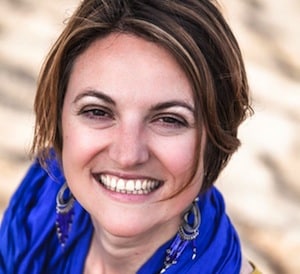 Aurelie Salvaire
The A Factor

Aurelie Salvaire is the founder and managing director of The A Factor.

She was born in the South of France, but Barcelona stole her heart when she moved there after graduating fromHEC Business SchoolandThunderbird School of Global Managementin 2002.Definitely restless, she has the constant feeling that a multiplicity of windows are simultaneously open in her brain. After five years as senior consultant in health care, Aurelie joined the nonprofit sector to set up the emergency unit of Oxfam Spain. She had the opportunity to work on the field as finance and HR manager of their refugee camp project in Ethiopia, and then she joined Ashoka France to support social entrepreneurs. Later, she became a board member of W4, as the vice president of this crowdfunding platform dedicated to women empowerment projects around the globe.