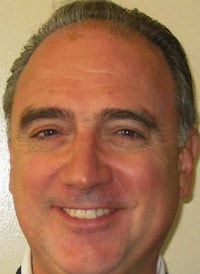 Bob Webster is the Chief Operating Officer for the Grassroots Business Fund, for which he had previously served as a member of its Portfolio Advisory Committee.  Prior to joining GBF, Bob was the Executive Vice President at CDC Development Solutions (CDS), a non-profit organization that supports small business growth for economic opportunity in developing markets. In addition to being on its executive team, he was the manager of CDS’ Access to Finance (A2F) practice, for which he conceived and developed an innovative SME risk capital fund management capacity building initiative for Africa.  Further, Bob revised and is delivering the investment manager training course for the Aspen Network of Development Entrepreneurs (ANDE) and is currently serving on an SME risk capital industry working group to promote investment capital into this space.

After eight years of commercial lending to small businesses in the United States, Bob managed varied economic development projects in Romania, Macedonia, Vietnam, Egypt, and Bangladesh, including an SME private equity fund. Bob began and managed one of SEAF’s more successful funds, SEAF/Macedonia, and later served in an executive capacity at SEAF headquarters. He has technical expertise in SME debt and equity financing, value chain development and competitiveness. Bob has both an MBA in finance and a BA in mathematics from Indiana University. He has also completed the Financial Institutions for Private Sector Development Executive Program at Harvard’s Kennedy School and is working toward a Master’s degree in agricultural economics with the University of London.