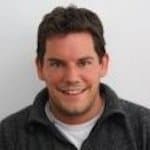 Bradford Frost is the Director of the Detroit Initiative. As a member of the Detroit Revitalization Fellows Program from 2011-2013 at the Detroit Institute of Arts, Bradford led the development and execution of over a million dollars of new community development projects, including the transformation of Kresge Court and several innovative community inclusion programs at the museum. An AmeriCorps*NCCC alum and former United Way professional, Bradford started his career in Detroit in 2005. He now serves as volunteer leader for Declare Detroit. Bradford received a Masters degree in Law and Diplomacy from The Fletcher School at Tufts University, including coursework in Social and Urban Policy at Harvard’s Kennedy School of Government, and graduated Phi Beta Kappa from Mary Washington. Bradford’s first book: Reveal Your Detroit: An Intimate Look at a Great American City, was published by Wayne State University Press in 2013.