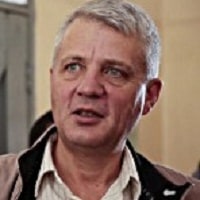 Dagfinn Høybråten is the chair of the GAVI Alliance board and secretary general of the Nordic Council of Ministers. He previously held several senior positions in Norwegian government, including vice president of the Norwegian Parliament representing the Christian Democratic Party and a member of the Standing Committee for Foreign Affairs and Defence, minister of Health, minister of Labour and Social Affairs and state secretary, Ministry of Finance, and a member of the Board of Governors of Norway’s Central Bank. As a minister, Høybråten was responsible for initiating several major health and social reforms, including new tobacco control legislation, a comprehensive mental health plan and a reorganization of the welfare administration.

Høybråten has also served as the director general of Norway Social Security Administration, an executive director of the Norwegian Association of Local Government and a chief executive of the municipality of Oppegård. He holds a degree in political science from the University of Oslo.