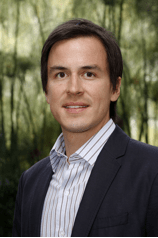 Daniel Gonzales directs Avina’s international strategy and team for Migrations. He is also a member of WTT, Avina’s for-profit spinoff, combining state-of-the-art technology with high-impact business models. He has 13 years of experience investing in the development of businesses and public-private partnerships for sustainable development with the social, business and public sectors in over 25 countries. He is a Board member in 4 social enterprises and 2 venture capital funds. Daniel holds a double degree as a Global Executive MBA from Georgetown University (USA) and ESADE (Spain). He is a former professor from de Universidad de los Andes Business School; holding a degree in Industrial Engineering from the same University. He also holds several executive education diplomas, including one on building ventures from Harvard Business School. Daniel is based in Bogotá, Colombia.