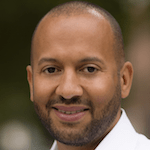 Frederic Nze is the founder and CEO of Oakam, a digital microlender that is expanding credit access for the UK’s 12 million financially excluded consumers. Prior to founding Oakam, Nze spent his career in credit risk management and consumer finance at firms including American Express, Barclays and GE Capital. He first came across the microlending opportunity in the UK while working on a pilot project at Barclays to evaluate how the bank could better align its product offerings to the needs of lower-income customers. Realizing the potential of this opportunity, he left Barclays to pursue it on his own, and founded Oakam in 2006. Raised in Congo, West Africa, Nze saw firsthand how informal lending within communities helped to jumpstart the upward mobility for entrepreneurs and fledgling businesses. His ultimate goal is to eventually bring the concept back to West Africa and other developing economies.