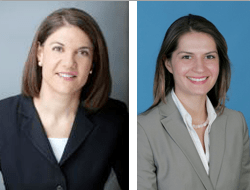 Mary Ellen Iskenderian joined Women’s World Banking in 2006 and has continued to strengthen the organization’s position as the pre-eminent voice for women’s leadership and participation in microfinance. WWB, under Iskenderian’s leadership, works to ensure that women continue to be represented in this evolving industry as both clients and leaders. She also is a co-chair of the Microfinance CEO Working Group.

Iskenderian has more than 20 years of experience in building global financial systems throughout the developing world. She is a strong advocate for moving microfinance beyond credit by providing low-income women with a full suite of financial products and services and a proponent for the role of responsible investment in the microfinance sector. Iskenderian has spoken widely on microfinance at Harvard, Yale, Stanford and Wharton and at numerous industry and banking forums including the annual conference of Le Cercle des Economistes, the Council on Foreign Relations, the IDB Foromic and the Microcredit Summit. She has been published in Forbes magazine and the Wall Street Journal; is a regular contributor to the Harvard Business Review blog; and is frequently quoted in the media, including the Financial Times, Newsweek, Time, BBC News and the Atlantic.

Prior to WWB, Iskenderian worked for 17 years in senior management at the International Finance Corporation, the private sector arm of the World Bank, where her numerous leadership positions included Director of Partnership Development, Director of the Global Financial Markets Portfolio and Director of the South Asia Regional Department. Previously, she worked for the investment bank Lehman Brothers.

Iskenderian holds an MBA from the Yale School of Management and a Bachelor of Science in International Economics from Georgetown University’s School of Foreign Service.

Irena Shiba is the Program Officer for Microfinance and Enterprise Development at the Citi Foundation where she is responsible for making and managing philanthropic investments in 89 countries where Citi operates. The Citi Foundation’s Microfinance and Enterprise Development portfolios are comprised of investments that drive consumer financial product innovation while supporting small businesses that create jobs and enhance incomes. She also directs the Citi Microentrepreneurship Awards, Citi’s signature $2 million program that recognizes the extraordinary contributions that microentrepreneurs have made to the economic sustainability of their families as well as their communities in 28 countries.

Prior to joining Citi, Irena worked at Senator Hillary Clinton’s office on immigration affairs and at the New York City Council representing constituent interests at City Hall. Most recently, she worked on the International Year of Microcredit, an effort of the United Nations to promote more inclusive financial sectors around the globe.

Irena graduated with Honors from McGill University with a Bachelor’s Degree in International Development Studies and Political Science. She holds an MPA in Public and Nonprofit Management and Policy with an international development specialization from NYU Wagner Graduate School of Public Service.