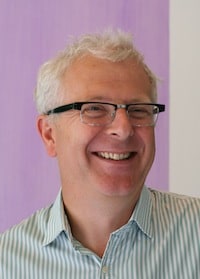 Jeremy Nicholls is the chief executive of the Social Return on Investment (SROI) Network, which is a membership organisation  for individuals, organisations and companies supporting principles and standards in accounting for social and environmental value. In this role he advises public, private and voluntary sector organisations on how they can increase the value created by their work.

He is a director of the FRC Group (a social business based in Liverpool UK), the Chair of the Social Impact Analysts Association, a director of Social Evaluator (an online platform for the analysis of social returns) and a member of the IRIS advisory committee and the Social Stock Exchange admissions panel. He has lectured at several Universities including the Said Business School at Oxford University; Hult International Business School; and the University of Western Australia.

After qualifying as a chartered accountant, he spent time working as Finance Director for Tanzania Railways, in Liberia for the national Water company and in Nicaragua for Cafenic. In 2004 he set up Urban Strategy associates, an economic development consultancy. He also set up the BETA Model, an online database of trends in UK business stock and  then, with FRC, the Cat’s Pyjamas which ran events to promote the value of social enterprise. REDF was included on a Cats Pyjamas visit to the United States and encouraged Jeremy to bring SROI to the UK. On his return he began work on SROI with nef.

He has written “There is no business like Social Business” with Liam Black, “More for your money, A guide to procuring from social enterprises” with Justin Sachs, and worked with others to write a number of SROI guides including, most recently, the UK Government supported ‘Guide to SROI’. He also writes a column for Pioneers Post.