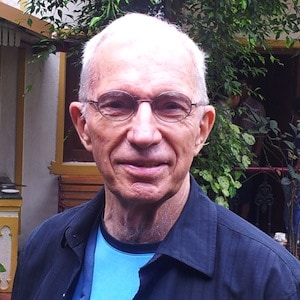 Jerry Brady is one of the original founders of Accion.

Jerry served as a U. S. Army infantry officer on active duty and in the infantry and Judge Advocate General’s office in the reserves from 1959 to 1971.

He began his professional career as legislative assistant to Senator Frank Church of Idaho in 1963 and was the first staff representative in Idaho for a senator or representative, starting in 1967. He was assistant director and director of public affairs of the Peace Corps from 1969 to 1972.

Jerry has launched many successful new organizations in his career. Between 1972 and 1974, he founded and managed University Year in Action, a Nixon Administration initiative in which universities and their students aided nearby low-income communities. He was a co-founder in 1960 of ACCION International, the largest provider in the Western hemisphere of small business loans for low-income people.

From 1977 to 1979, Jerry was staff director for energy of the Joint Economic Committee of the Congress, responsible for the committees’ work on international oil supply, oil pricing, and natural gas legislation. From 1979 to 1984, he established a law practice in Washington, D.C., specializing in international trade, natural gas imports, and energy conservation.

In 1984, Jerry returned to Idaho to manage the family’s independent news and information companies in Idaho Falls. He served as manager of KIFI-TV Channel 8 from 1984-1988. From 1988 to 2002 he was publisher of the Post Register and is now the company’s president. In 1998, he began transferring his company’s stock to its employees. Today they own 49 percent of the company.

In 1992, he founded Idaho Falls’ economic development initiative and served as its chairman for four years, creating more than 2,000 jobs. In 2002, he was the Democratic candidate for governor of Idaho. In 2003, he began organizing programs to benefit pre-school children in eastern Idaho, leading to a $1 million initiative today to improve child care, promote literacy, and prepare children for school. On March 28, he became a candidate for governor of Idaho in the 2006 election.

Jerry is married to Rickie Orchin Brady, and they have five children and six grandchildren.

Read more on Jerry and his travels on his blog.