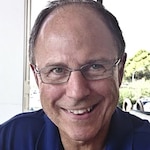 Jim Kaddaras, currently an international lawyer and consultant in the development finance field (including for BFA), has worked in a variety of roles in the international arena for more than 35 years. Following graduation from law school, he joined the State Department in 1980 as a foreign service officer, where he had overseas postings in Greece and Panama, serving as a consular officer and staff assistant to the ambassador in Greece and as a political and economic officer in Panama. He then joined Bank of Boston (now part of Bank of America) as an international lawyer, where he had a wide-ranging legal practice providing advice to the bank’s overseas units in Latin America, Europe and Asia. Over a dozen years, he rose to be the bank’s senior international counsel. He then accepted a position as the president and CEO of Working Capital, a nonprofit microfinance institution (MFI) with direct lending operations throughout New England and an affiliate network in half a dozen other states. After several years at the helm of Working Capital, he negotiated its merger with ACCION USA and joined the senior management team of ACCION International. There he led the creation of ACCION Investments, which invested equity in MFIs in Latin America and Africa and helped found the Council of Microfinance Equity Funds. He then joined Developing World Markets, an impact investing firm that creates debt, equity and capital markets transactions for socially inclusive financial institutions throughout the developing world. At DWM, he headed the legal team and the debt team, overseeing a portfolio of half a billion dollars in loans to MFIs in more than 35 countries, and managed the firm with his partners.