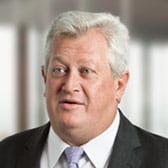 Karl Lippert was appointed president, SABMiller Latin America in 2011. He joined the group in 1992 and has extensive experience in the global brewing industry. Prior to his appointment as president of Bavaria S.A. in Colombia in 2006, he was managing director of Kompania Piwowarska S.A. in Poland, and previously held senior positions as managing director of Dreher in Hungary, Sales and Distribution Director for SABMiller Europe, and various positions within The South African Breweries Limited in South Africa, including general manager, distribution services manager and operations manager.