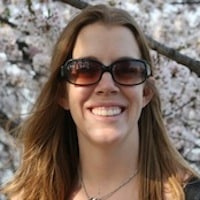 Kimberly Davies is a program officer on Grameen Foundation’s Financial Services team. She has been with Grameen Foundation for four years, focusing primarily on a savings project in India, the Philippines, and Ethiopia. While based in Washington, DC, Kimberly spends half her time in San Pablo, Philippines, and enjoys splitting her time between the head office and “work on the ground”. Before Grameen Foundation, she worked in operations at Freedom from Hunger. Kimberly holds a B.A. in economics from UC Davis, minors in communications and political science.