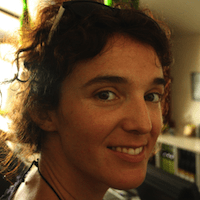 Laura Espiau has been working in Mumbai as a Villgro Fellow 2012-2013. She did communications and partnership development with Biosense Technologies, and as the final part of the program she now collaborates directly with Villgro’s communication team.

Before leaving for India, Laura was working for the local development agency of the City of Barcelona, were she designed and managed business internationalization programs like learning trips and public-private collaborative projects to support local SME’s. Before that, she was involved with different communications and business development projects in the public and private sector in Spain, France and Germany.

Laura holds BAs in Economics (Development and International Economics) and Journalism from the Universitat Autònoma de Barcelona (UAB), and she studied for one year at the Freie Universität Berlin.

Villgro Innovations Foundation is one of India’s oldest and foremost social enterprise incubators, supporting innovators and social entrepreneurs during their early stages of growth. Since 2001, Villgro has incubated 65 such enterprises, generated around 4000 jobs, secured Rs 200 million in follow-on funding, and touched over 5 million rural lives.