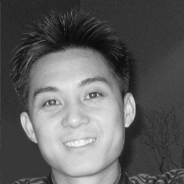 Linus Liang, IT expert turned social entrepreneur, is the co-founder and chief operating officer of Embrace. In his role as COO, Liang leads a team in Bangalore, India, in the development of affordable innovative disruptive technologies that aim to improve lives of the disadvantaged in developing countries. The Embrace Infant Warmer emerged from Stanford’s Entrepreneurial Design for Extreme Affordability class, where Liang, along with colleagues from diverse backgrounds in engineering, business, public policy, and computer science, created the prototype after witnessing the need for a low-cost solution in Kathmandu, Nepal. As COO, Liang plays a critical leadership role in bringing this solution, which costs less than 1 percent of the traditional incubator, to a growing number of clinics in India and around the word. Embrace aims to save 100,000 babies over the next five years. The warmer is the first in a line of affordable products developed by Embrace.

Prior to delving into development work, Liang worked at some of the world’s largest technology companies, including Sun Microsystems, Microsoft, Cisco Systems, and IBM, as well as several start-ups. In his previous entrepreneurial endeavors, Liang himself started two technology companies, the last one resulting in a successful multi-million dollar acquisition. Liang graduated with a M.S. in computer science from Stanford University, focusing on Human Computer Interaction. He holds a BA in Computer Science from UC Berkeley.