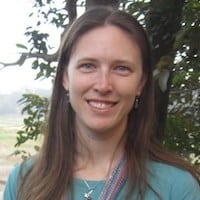 Maria A. May is the senior program manager for the BRAC Social Innovation Lab and also oversees research and development for the BRAC Microfinance Programme. She is based in Dhaka, Bangladesh. She co-authoredMaking Tuberculosis History: Community-based Solutions for Millionsand regularly blogs on59minutedevelopment.blogspot.com.

Articles by Maria May