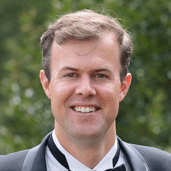 Michael Eastman is a human rights lawyer, writer and academic. Born in South Africa, he clerked for the Chief Justice of South Africa at the Constitutional Court of South Africa. He thereafter had a highly successful private practice in litigation throughout Africa as a barrister, focusing on corporate, tax and international law. However, he found his greatest professional joy in creating and leading a high-impact human rights clinic. In it, he secured major public victories in the fields of child and refugee rights, freedom of expression, and rights to dignity and equality.

Michael later returned to public service as a senior advisor to the elected executive of the South African government. He founded four not-for-profit organizations in the fields of education and law, worked in management consulting in the United States and published numerous pieces in both academia and the popular press.

Michael is an immigrant and a new American. He lives in New Haven, Connecticut and is a graduate of Yale University.