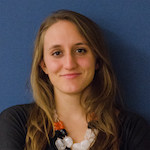 Morgan Babbs is the co-founder and CEO at Colibrí, which provides solar solutions to low-income, primarily off-grid households in Latin America. Colibrí, currently active in Nicaragua, has earned support from the D-Prize, the Davis Foundation, MassChallenge, the Hitachi Energy Prize, and was the first social enterprise to be voted into First Round Capital’s Dorm Room Fund. Colibrí is currently gearing up to offer full solar home systems on pay-as-you-go financing. Morgan is a graduate of Tufts University, where she was awarded the Presidential Award for Citizenship and Public Service and managed The Empower Program for Social Entrepreneurship, an annual $35,000 fund to allocate to student social impact ventures.