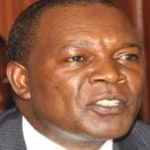 Njuguna Ndung’u is an associate professor of economics at the University of Nairobi, Kenya, and former governor of the Central Bank of Kenya from 2007 to 20015. He helped usher in M-Pesa in 2007. In 2015-2106, he was a visiting fellow of practice at the Blavatnik School of Government, Oxford University, developing a case study of M-Pesa for teaching graduate students of public policy. He was also the founding chair of the Alliance for Financial Inclusion, a network that has coordinated financial inclusion policies in emerging and developing economies. AFI has been described as a “clearinghouse” for financial inclusion policy solutions that have worked and can be replicated in other countries.