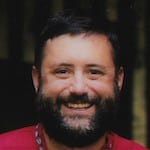 Scott Merrill leads the Programs Team for Habitat for Humanity’s Terwilliger Center for Innovation in Shelter. During his more than three years with Habitat, he led the creation of the Shelter Venture Lab and ShelterTech initiatives, and developed a $20+ million portfolio of programs to influence markets to meet the needs of low-income homebuilders. Prior to working with Habitat, he led and supported programs worldwide for a range of donors including USAID, SDC, and UKAID among others, applying market systems development principles to a wide range of programs focused on economic and private sector development, housing, agriculture and food security, as well as health including HIV/AIDS, disaster risk reduction, and humanitarian response in rural and urban areas of Asia, Africa, Latin America, and the Middle East, including living and working for more than seven years in Bangladesh. Scott holds an MA in International Relations & International Economics from the Johns Hopkins University School of Advanced International Studies (SAIS), and a BS from Texas A&M University. Scott was also recently awarded the SEEP Global Networks, Resilient Markets Practitioner of the Year in 2019 for his leadership in the application of market systems approaches for humanitarian response.