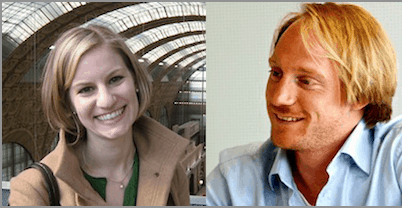 Lindsay Shafer was a Student Reporter for oikos at the 6th World Water Forum in Marseille, France.  As graduate student in the Masters of Environmental Studies program at the University of Pennsylvania, Lindsay’s interests include the connections between water, agricultural practices, and food security, particularly in rural communities in east Africa. Lindsay received her BA in Anthropology from the University of Pennsylvania. While working at the Museum Applied Science Center for Archeology at the Penn Museum (MASCA), her research focused on the Maasai of southern Kenya. Lindsay is an avid traveler and backpacker.

Tim Lehmann is a doctoral candidate in organizational studies and cultural theory at St. Gallen University. In his role as an oikos PhD Fellow he is the managing editor of the Student Reporters and manages the oikos UNDP Young Scholars Development Academies. Before starting his PhD, Tim had been working at the intersection of organizational strategy and social enterprise as a researcher, foundation strategist, and management consultant. He also has a banking background with a corporate bank. Tim holds a diploma in Economics and Entrepreneurship. He loves to dance Tango Argentino and to explore the Swiss Alps with his climbing and snow gear.