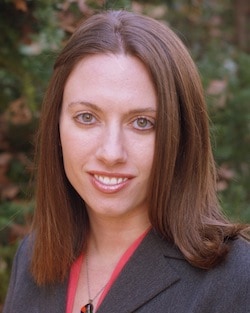 Stephanie Grosser serves as Senior Advisor for Data Technology and Communications at USAID.  At USAID, Stephanie found creative ways to use new technologies to harness the energy of public volunteers by spearheading the agency’s first-ever crowdsourcing initiative to geocode and open development data.  In 2013, Stephanie completed a detail assignment at the Office of Management and Budget’s eGovernment office, where she worked to increase government efficiency by getting agencies to be smarter about how they utilize technology and their data. Since then, Stephanie has been working on mining social media data and pursuing mobile surveys to collect real time data on financial access to feed into USAID’s programming.  Prior to joining USAID, Stephanie was the Assistant Director at the Hebrew Immigrant Aid Society (HIAS) where she advocated for refugee and immigrant rights. She received her Bachelors of Science in Foreign Service from Georgetown University and her Masters in Government from Johns Hopkins University. Stephanie is a former Presidential Management Fellow.