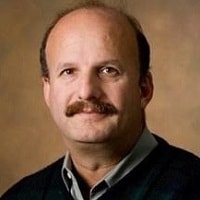 Dr. Steven Buchsbaum is a deputy director for the Discovery and Translational Sciences Team, Global Health Program, at the Bill & Melinda Gates Foundation. He earned a Ph.D. in physics and a master’s degree in Pacific international affairs from the Graduate School of International Relations and Pacific Studies at the University of California, San Diego. He has held positions at the Marine Physical Laboratory of the Scripps Institute of Oceanography; the Institute for Nonlinear Science at University of California, San Diego; the University of California, Santa Cruz; the Center for Material Science at Los Alamos National Laboratory; the Science Applications International Corp.; Bermuda Associates; and Draper Laboratory. Buchsbaum has served in the U.S. State Department and was the founding director of the Office of Chemical, Biological, Radiological, Nuclear and Explosive Defense in the Homeland Security Advance Research Projects Agency of the Department of Homeland Security. He was selected and served as a Science and Diplomacy Fellow at the American Association for the Advancement of Science, was selected as an American Physical Society Congressional Fellow, and has been registered into the U.S. Foreign Service.