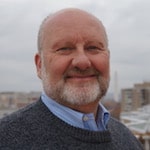 Steven Koltai is an entrepreneur, long-time business executive, and foreign policy expert with a focus on entrepreneurship.  In his 40-plus year career, he has been vice president for international corporate finance at investment banking firm Salomon Bros, an associate with management consultants, McKinsey & Company, and for 10 years, corporate senior vice president for strategy and development at Warner Bros.  At Warner, Koltai helped start several new initiatives including WB Feature Animation, the WB TV Network, WB Studio Stores and Warner Bros. Interactive Entertainment, of which he was the first general manager.  Among several startup ventures, his most successful was as co-founder of $16-billion market cap Luxembourg-based SES television satellite company, the largest private commercial satellite operator in the world.  More recently, he served as the first senior advisor for entrepreneurship, working for Secretary of State Hillary Clinton, where he founded the Global Entrepreneurship Program.  He currently runs his own consulting firm, Koltai & Company LLC, which specializes in global entrepreneurship ecosystem building.  Koltai is also a guest scholar at the Brookings Institution, which published his book, “Peace Through Entrepreneurship.” Koltai holds a B.A. magna cum laude in modern European history from Tufts University, an M.A. in international economics from Tufts’ Fletcher School of Law and Diplomacy, a licence in European Integration from the Universite Libre de Bruxelles (as a Fulbright Scholar).  He is a 30-plus year member of the Council on Foreign Relations, where he served as an international affairs fellow.