Best Ideas of 2011: Improvising at the BoP

Classical “planning” is unlikely to help when innovating in the surprising complexity of BoP markets as mapped in ’Poor Economics’ – but “chaos” and ’anarchy’ are not the answers either. What about “improvisation’”then?

The fallacy of planning

Planning has some obvious appeals – make a sound plan, then execute, then see if it worked. For BoP markets, however, I doubt that this approach will get us very far.

Why? Planning is ubiquitous, not only in socialist states, but also in big businesses and development cooperation. Whether called “Five–Year Plan for the National Economy” or “Poverty Reduction Strategy Paper” – planning assumes that the general environment is stable, will react to interventions in a foreseeable way, and that “experts” far away from ground realities can assemble such a plan.

These assumptions might not hold, neither for development issues, nor for the development of strategies in large companies.

Taking development issues first: The realities of poor markets are tricky – and the responses to interventions often will be surprising and counterintuitive (some of it described in the excellent Poor Economics published earlier in 2011). As a consequence, often (highly-paid) experts may provide only limited value in ’planning development’ (argued William Easterly). Innovation will more likely come from outsiders, from chance encounters, from the periphery.

The situation is similar in large businesses. Planning works (reasonably) well in established, stable markets. But emerging markets behave differently. And for business entering (or creating!) completely new areas at the BoP, planning will not lead them very far. And there are few, if none, ready-made “business opportunities” in BoP markets that could be exploited with a plan, however smart.

The charm of freedom and the importance of rules

If planning fails, why shouldn’t we try freedom? Freedom for new ways of solving problems. Freedom, which is often seen as “crazy” from an expert field (as one correspondent in my doctoral research mentioned). The early BoP literature, like C.K. Prahaldad’s book, has stressed the need to take a radically different approach to BoP business.

Can such freedom be unfettered? Probably not, for several reasons.

First and foremost, poorly executed BoP initiatives can have severe impacts on local communities – gone wrong, they can undermine local communities and livelihoods, which they are meant to improve. So, certain “ethical” rules in dealing with communities and expectations are important. This should not imply a return to (often failing) planning, however comforting that promise might seem, but to openness about the need to experiment – and to deal with the different outcomes of these experiments.

Second, funders and project champions will normally require a certain rigor and assurance that their resources are spent well. That’s true in the “impact investing” world, with its questionnaires and reporting duties, as well as in the corporate world.

And last, rules can actually support the learning process itself. For example, the process of “randomized control” trials is extremely rule-bound: Keeping “everything constant” (or random) can help to figure out the impact of what changes. This holds a general lesson for innovation: Changing too much at the same time can make it difficult to see what’s “going on,” and inhibit learning.

The power of improvisation

But how can freedom and rules be brought together? Improvisation could provide a metaphor that allows us to understand this fragile balance.

Improvisation in music, and especially in jazz music, is based on similar balances of freedom and rules. ’Outsiders’ are often amazed by the results of improvisation. Insiders know that behind most improvisation, there’s a system of tight rules.

What can BoP innovation learn from improvisation? Here are some hints:

– Repetition: Musicians typically improvise over a certain, repeated scheme, which allows them to develop and advance over the different rounds. Similarly, BoP projects often go in “rounds,” improving and adjusting over time.

– Common rules: Improvisation requires a shared understanding of the “rules of the game.” Some of these rules are emerging for BoP innovation as results of lessons learned collective from successes and failures at the BoP: Don’t push technology. Consider scaling issues early on. Be cost-focused. Be patient. Listen.

– Common vision: More than when playing classic sheet music, jazz musicians need a “joint vision” and understanding of what they are, and where they go. I feel most people in the BoP community, whether pushing for change in NGOs, big businesses or through small start-ups, are enthusiastically in it for “the change” and the challenge of poverty reduction – but with a thoroughly pragmatic mindset.

– Teamwork: While there is brilliant solo improvisation, most of it is teamwork. It’s about getting the right talent together in the room. Similarly, BoP projects require getting together multiple talent under a common vision – globally and locally.

– Communication: Improvisers will closely listen to what their fellow musicians do, and react to it. Information flows constantly, through observation and “joint work,” rather then through writing handbooks and protocols. In the end, the sum is more then the parts.

– Practice: Most jazz musicians have extensive and year-long experience in improvisation, refining their skill along the process. The same will be true for BoP business (and we’re probably just at the beginning of our joint learning process). 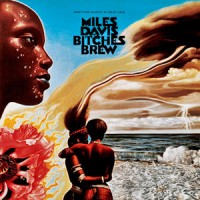 So, improvisation does not imply chaos and complete anarchy – on the contrary!

Improvisation could thus capture the essence of what companies and innovators need to succeed in innovation at the BoP.

Tags
Base of the Pyramid, social enterprise