The top U.S. dairy cooperative has brought decades of expertise to Malawi, creating micro co-ops that pool their milk for purchase by one of the country’s largest processors.

The five-year program by Land O’Lakes, supported by a grant from USAID, set up or expanded 23 milk bulking groups across the country. The result? Farmers’ incomes were boosted, and they got access to productivity-enhancing inputs, insurance coverage, technical training and community prestige.

“Big buyers like Lilongwe Dairies couldn’t go to individual rural farms to buy milk bucket-by-bucket,” said Jennifer Hyman, director of communications for Land O’Lakes International Development, a not-for-profit division of the $13 billion agribusiness cooperative, “but it was feasible for them to buy in bulk from these milk bulking groups.”

Since the program’s inception, 10.4 million liters—70 percent of the milk collected from the groups—has been sold to Lilongwe Dairies for processing. Lilongwe had not previously been a major buyer from the individual farmers.

“Engaging the private sector is what makes these cooperatives last, because they always have a buyer,” Hyman said. The program also helped expand the capacity of 14 private-sector input and service providers. Feed, seed, artificial insemination and other veterinary businesses grew. The providers were then linked to a dedicated customer base through these milk bulking groups, and received assistance to grow their businesses so that their offerings responded to farmers’ demand-driven needs.

The fact that the program created employment opportunities for many Malawians in the country’s dairy sector also helped it attract attention and gain traction. The micro co-op system is new for the region, and getting farmers involved took some time and training. The result was 3,400 smallholder dairy farmers increasing their incomes by 41 percent.

(Above: Members of the Chitsanzo Dairy Farmers Cooperative, one of the 23 Milk Bulking Groups assisted through MDDA, which ultimately registered as a cooperative. Photo Jennifer Hyman/Land O’Lakes International Development)

The most important outcome of the program, known as the Malawi Dairy Development Alliance, was the creation and expansion of milk bulking groups. These groups serve as collection points, so that farmers living far away from one another could pool the milk they produced, and access needed inputs and services in a cost-effective manner. This resulted in access to larger and more consistent buyers, who have benefited from a consistent supplier of a quality product. Milk bulking groups range from formal cooperatives (seven were formally registered) to informal networks of farmers working together.

Most of the bulking groups hire paid Malawian staff to run generators and do bookkeeping for the farmers that bring their milk to the storage containers. At the end of each month, the profits from the milk are divided up based on the amount of milk contributed. By selling in larger quantities, the farmers are able to garner better prices for their raw milk.

Farmers don’t necessarily have to own a cow, or have one that’s currently milking, to join a group—the milk-bulking group is happy to offer training for future cow-owners.


Operating as a group also gives farmers access to multiple other benefits:

The success of this project has additional benefits to everyone along the dairy value chain. Co-op meetings have provided development organizations with another avenue to spread knowledge, training and awareness regarding HIV/AIDS. The most successful milk bulking groups have begun to give back to their communities by donating a portion of their milk to local childcare centers to improve basic nutrition.

Ongoing bulking and other sectors

Conceived as a five-year program, Land O’Lakes’ involvement ended on schedule in 2012. Land O’Lakes checked in on some of the now self-funded groups and found them to be running at a similar capacity as they were when Land O’Lakes and its funding partners were monitoring their progress. Other sectors, including the private sector feed manufacturers that began selling their inputs through the milk bulking groups, have seen continued growth as well. 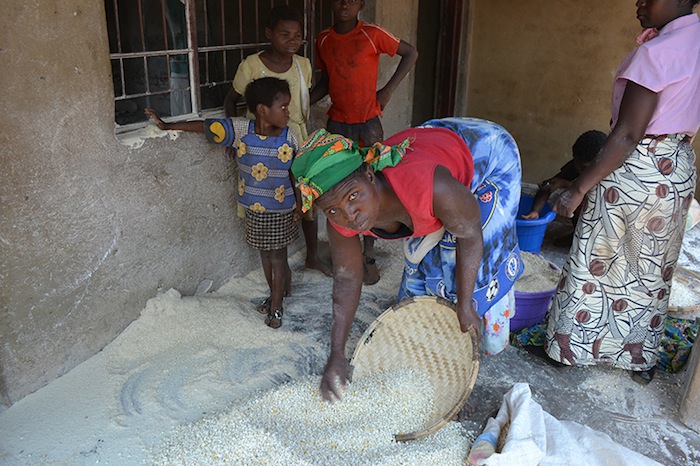 “Land O’Lakes, Inc. doesn’t currently have any commercial operations in Africa. But I would ultimately see it as a win-win if the company started to profit from some of the development initiatives we’ve begun, and had a double-bottom-line impact that was both profitable and supportive of agricultural development,” Hyman said. “If we can eventually transition someone from being a recipient of development assistance to being a viable business partner, that would be a great thing.”

The success of this project has been recognized internationally. In August 2012, U.S. Secretary of State Hillary Rodham Clinton announced a major expansion of U.S. government investment in Malawi during her visit to the Lumbadzi Milk Bulking Group, one of the groups formed by the alliance.

The lessons learned by Land O’Lakes are already being applied to new programs. After seeing how the cooperative model can flourish in developing countries the company is setting up a variety of similar programs in Malawi and elsewhere in Africa. One new program, funded by USDA as a Food for Progress initiative, is focusing on enhancing cassava, rice and small livestock value chains in Malawi. In addition to supporting improved production by smallholder farmers, the program will work to engage private sector partners so that these agricultural products become more profitable and sustainable. The business models developed during the dairy alliance program will be used to strengthen the capacity of farmer organizations and improve agribusinesses in rural areas throughout the country.