From the Field: The Livestock Sector

I’ve begun looking at animals differently since I took a deep dive into the livestock sector during a recent trip to Kenya. I met with pastoralists, dairy farmers, agrovets (small shops selling livestock and farm inputs), dairy cooperatives, non-profits, professional organizations, and government officials to learn more about the sector. The pastoralists and dairy farmers I met with were beyond subsistence level but not yet to a consistently profitable level. The majority sells their goat or cow milk at the market or to a cooperative on a daily basis, as well as sells crop outputs when harvests allow.

To be honest, I am surprised that I haven’t had more interaction with the livestock sector until now. Sure, I’ve read cases and gotten first-hand experience with BoP ventures working in agriculture such as ITC’s e-choupal. However, the majority tend to focus on crops, not animals. I’m surprised there aren’t more BoP ventures working in the livestock sector considering that livestock seems to create more value for the BoP than farming; it provides more flexibility and somewhat more security when it comes to managing assets.

Livestock are walking bank accounts. For the livestock producers I talked with in rural Kenya, animals are their savings. Rather than putting money in the bank, they get a return on investment from their animals in that they continue to grow, and produce by-products such as milk and eggs as well as offspring and power for transportation and farming. Livestock can be converted to cash whenever the producer needs more money, whereas farming offers less flexibility, i.e. most crops are seasonal with set periods for harvest. However, like farming, livestock also comes with risks. Drought and diseases can either reduce producer’s return through morbidity (i.e. less milk output), or eliminate it by killing the animal. Overall, livestock act as a safety net for their owners; they are often only sold when there is an unplanned expenditure such as a family member needing medical treatment or when larger expenditures are necessary such as paying school fees.

Despite the value that livestock offers BoP farmers and producers, it became apparent to me, at least in Kenya, that many areas of the sector still could be enhanced. This includes moving toward decentralizing the animal health system, providing insurance to producers, and educating livestock producers. Specifically, in Kenya I was greatly surprised at how the animal health system doesn’t mirror the human health system. The weight of control in the animal health sector lies in veterinaries’ hands, rather than with trained community animal health workers supporting animal health technicians, who in turn support veterinaries. Although decentralization will require more systematic change that needs to come from the government (and is playing out now – a bill awaiting the president’s signature denies animal health technicians the right to treat animals despite the fact that they are trained to do so), providing insurance and educating livestock producers are gaps BoP ventures can fill. For example, if a BoP enterprise offered reasonable animal insurance, it could greatly reduce the impact a range of external factors have on livestock producers including: variable weather, conflict, and reduced purchasing power. 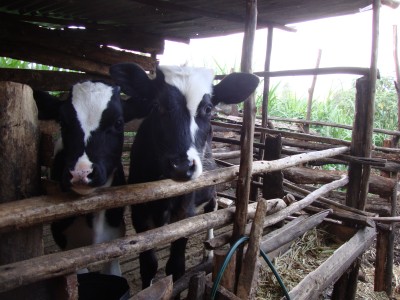 However, I was most struck by how little information livestock producers have regarding how to prevent and treat disease in their animals. Simple behavior change messages could go a long way in altering the health and productivity of pastoralists and dairy farmers. Although knowledge on how to care for animals is passed down generation to generation, many pastoralists and dairy farmers I talked with had a low understanding of which drugs should be used to treat animals. One even mentioned to me that if his animal is sick he usually tries to find any injectable drug and hope that it aids in the sick animal’s recovery. He can’t just sit by and watch his animals die. 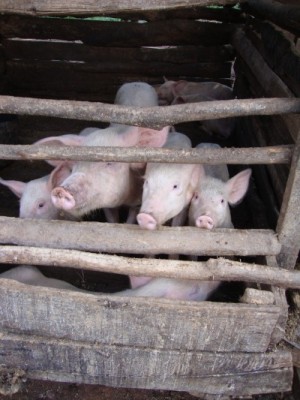 Additionally, there are a large number counterfeits and illegal drugs passing through Kenya’s borders that are sold on a regular basis, making it even more difficult for livestock producers to navigate the plethora of drugs in the market. The reality that some sellers of drugs, including veterinaries and animal health technicians, sell ineffective or only the most specialized, and therefore most personally lucrative drugs, further exasperates the situation. Livestock producers, especially pastoralists, also would benefit from modest training on low cost practices, such as how to keep smaller herds of healthier animals, as opposed to large herds of sick animals, which are vulnerable to opportunistic diseases. Such behavior changes could include educating livestock producers on the best time to sell animals, or providing information on how to grow fodder to feed the livestock.

Given the gaps in the livestock sector and the clear value it creates for the BoP, there seems to be great opportunity for BoP ventures to create mutual value. Providing animal insurance or information on animal husbandry when sourcing from livestock producers or selling them inputs, are just a few ways to bridge those gaps.

Tags
agribusiness, Base of the Pyramid, microinsurance