A Better Way to Pay for R&D? (Part 2): Pilot projects designed to help get Health Impact Fund ‘across the finish line’

Editor’s note: Yale Professor Thomas Pogge, an academic and ethicist, originally formulated the concepts behind the Health Impact Fund in 2004. The idea is to use market mechanisms to get medicine where it’s most needed in the developing world. Pharmaceutical firms would register a new drug with the fund and provide it at cost wherever it’s needed; the firm’s payout would come based on the impact that drug had on global health, as measured, potentially, by quality-adjusted life years (QALYs). (The HIF may not want to reward companies for health impact in rich countries that do not contribute to the HIF.) The estimated $6 billion rewards pool required for these payouts would come from participating governments and other donors.

In Part 1 of our interview, Pogge discussed the origins of the fund and its potential impact. Here, he talks about ways in which the fund might gain traction and how pharmaceutical companies might use it. For more about market-shaping as a way to get medicine to those who most need it, check out NextBillion Health Care’s market dynamics initiative and our recent e-book compilation.

Kyle Poplin: How do you think the HIF proposal can develop the political momentum it needs to be implemented?

Thomas Pogge (right): We are trying to achieve this through pilot projects that demonstrate that our pay-for-performance scheme can work and also give the HIF proposal some prominence in policy and expert circles as well as in public debates. One of our current pilots is accompanying the introduction in Mumbai of an important new tuberculosis drug, bedaquiline, which is patented by a subsidiary of Johnson & Johnson. Working closely with the renowned local TB expert Dr. Zarir Udwadia and an expert team from Johns Hopkins University, we are carefully observing and scoring how adding bedaquiline to the treatment of some patients is affecting therapeutic outcomes. This is the kind of health impact assessment work that the HIF would routinely have to perform in order to determine how each of its annual reward pools should be distributed among registered products. 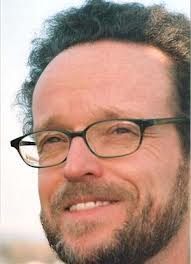 Another current project, funded by the European Research Council, involves analyzing previously recorded health data in order to show how reasonable estimates of health impact can be based on them. We are also now planning a much bigger pilot in which we would distribute a single reward pool of about $100 million. Here we would ask pharmaceutical companies to submit plans for enlarging the health impact of one of their compounds in whatever way they can think of. We would select the most promising few proposals and invite the relevant companies to implement them. At the end of a pre-set period, we would assess the additional health impact achieved through each of these initiatives and would then divide the reward pool accordingly; that is, in proportion to health gains achieved.

The point of this one-shot mini-HIF is to show that a credible reward system can be based on health impact assessments. This important pilot will additionally demonstrate the much greater efficiency of our pay-for-performance scheme. The present system of pharmaceutical provision – which, by the way, costs about $1 trillion annually worldwide – delivers vastly less health gain per dollar than our pilot would produce through its explicit incentives. Once this becomes clear, it will not be difficult to get some far-sighted – and cash-strapped – governments to become HIF supporters. And an agreement to create the HIF might then be reached, perhaps at a G20 meeting.

The wonderful thing about the HIF, which will help get it over the finish line, is the fact that it constitutes not just a great moral advance but also a great advance in efficiency: reducing the huge deadweight losses incurred in the present system as well as the costs of patenting and patent litigation, of wasteful marketing, gaming and counterfeiting. A transition to something like the HIF is in the end inevitable because, with our ever-more-sophisticated arsenal of medical treatments, we simply won’t be able to keep up with the mushrooming cost of our present wasteful system.

KP: If the fund became reality, what drugs (or diseases) should be top priorities for pharmaceutical companies?

TP: The best agents to answer this question are the pharmaceutical companies themselves. They are best positioned to learn about the many threats to human health and they also have the best knowledge of their own capacities and prospects for success in combating these threats. If we simply commit to rewarding them according to health impact, then they would, at any given time, direct their R&D efforts and organize their marketing so as to optimize the health impact they achieve for every dollar they spend. Here a well-structured market involving competing pharmaceutical firms will produce much better results than could be achieved by me or any other outsider telling pharma companies what their top priorities should be. This is market dynamics in action!

KP: Do for-profit companies truly have a “corporate social responsibility” or should our highest hope be that they merely get “paid to perform”?

TP: Of course companies have a corporate social responsibility. Their key obligation is to help society structure the markets in which they operate for the public good. I have spoken with many people in the pharmaceutical industry over the years, and many of them are deeply unhappy that the products they painstakingly develop tend to reach (at least during the patent period) only a fraction of the patients who need them. Many of these good people once joined the pharmaceutical industry because they wanted to help patients, wanted to do good for humanity. And now they find themselves working for firms that are charging exorbitant prices for drugs that can be manufactured for pennies – with the predictable result that millions of patients suffer and die needlessly from treatable but untreated diseases. I am happy to say that many people, including some top executives, in pharmaceutical companies are vigorously supporting the HIF proposal. Without their active and steadfast support, we wouldn’t have a chance to succeed.

Now, while companies and their executives surely have moral responsibilities and obligations, they will often fail to live up to these when countervailing pressures and temptations are too strong. This is why we should indeed structure markets so that these firms get paid for performance – and get little or nothing for failing to perform. The survival of poor patients should not depend on difficult feats of moral heroism on the part of executives who jeopardize their company’s profits and their own careers. And yet, we should still hope that companies and their executives care for more than just the money they get for good performance. We need them to help ensure that the markets in which they operate remain well-structured. And we hope that, even under the much superior HIF system, they will continue to go the unpaid extra mile sometimes for their patients, employees and the communities in which they are embedded.