Entrepreneurs and young workers in the Middle East and North Africa have a golden opportunity as local demand rises for the Internet and U.S.-based web services.

Unemployment in MENA is 10.3 percent, according to the International Labor Organization, the highest anywhere in the world. That rate grows to 23.8 percent for those between the ages of 15 and 25.

Over the past 20 months, we have witnessed the conflicts and tragedies that result when social unrest occurs in a society where mass unemployment has left youth frustrated and without hope. But as millions used social media to organize movements for social change over the last year, we also witnessed the power of the region’s youth in harnessing technology for good.

But where should youth turn to look for meaningful jobs? Maybe the same place they turned to stage protests against their governments: online. An underdeveloped business sector in these regions’ economies, information communications technology (ICT) has become entwined in people’s daily lives.

Yet the infrastructure needed to sustain this trend does not yet exist, as evidenced by the lack of venture funding, legal advice, mentoring, networking opportunities and, at the most basic level, the low number of Internet service providers in the region.

The Arab Media Society has found that most countries have one or two dominating providers, with some having at most four. By contrast, the United States has over 120 major providers. The study ultimately determined that “contextualized to the Arab World, the significance of understanding media ownership can be summarized in one word: potential; the potential for control, for setting/perpetuating specific agendas, for new and expanded revenues, and for infrastructure development.”

Discover Digital Arabia, a digital research non-profit, has been keeping tabs on the demand for Internet and technology use in the region and they see major growth. The number of Facebook users in the majority of the region has increased by over 50 percent in the last six months. Internet now reaches 70 percent of all communities, where just a year ago it reached 63 percent. Eighty-seven percent of the population now has a cell phone, compared with 79 percent last year.

Companies are starting to notice. For example, when the revolts started in Egypt, Facebook’s terms of service were not yet translated into Arabic. This quickly changed as Facebook was used as a tool for organization and information dissemination in the uprising, but overall only one percent of Internet pages are translated into Arabic, according to New York Times columnist Thomas Friedman. Few are owned or operated locally.

Youth in the MENA region are energized, socially aware, not afraid of failing and innovative, making them perfect entrepreneurs, says John Koa of the Daily Beast. He characterizes youth as “radicalized by recent events and exposed to the power of new technologies,” so they can “quickly find ways to adopt them in every niche of a newly fluid society.” 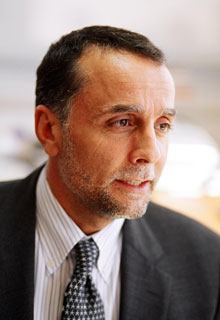 “Taking ownership of your future, and giving the skills and tools to these young aspiring entrepreneurs, means they are less dependent on the state and become job creators rather than only job seekers, creating value for themselves, their employees and the community at large.”

If only infrastructure would catch up, the potential for a hugely profitable entrepreneurial sector—led by youth—could be realized.