Knowing the Customer (Whether You’re a Social Startup or Ford): At the UM India Business Conference

In 2008, Ford Motor Co. sold its Land Rover and Jaguar brands to Indian giant Tata Motors. Since then, those globally recognized luxury brands have been a profit powerhouse under Tata’s ownership.

So it’s not without some irony that Tata’s efforts to sell its Nano, a very barebones sub-compact car, in its home market of India have been widely perceived as a failure. The Nano was billed as the car for the base of the pyramid, or more accurately, those living in lower middle classes who could afford to make their first car purchase.

Mark Fields, chief operating officer of Ford and a front-runner to take over as CEO after Alan Mulally exits (possibly for the head job at Microsoft), spoke recently at the India Business Conference at the University of Michigan’s Ross School of Business. One attendee, who said he was a Ford employee, asked Fields about his perspective on the Nano and what Ford took away from that car’s poor market showing.

“One of the lessons for us is be very cognizant of how you position the brand and the products, because I think in the Nano’s case they kind of positioned it as step up from a motorcycle,” Fields said. “When people are buying vehicles, it’s a big deal in their lives and they want to feel like they have made it. And they don’t want to feel like, well, it’s just kind of a step up from something else.” 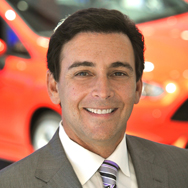 Fields said Ford has invested about $1 billion in India since formally entering the market in 1995 through a joint venture with Mahindra and Mahindra. Ford is in the process of investing another $1 billion. Today, the company offers five vehicles in India, operates an engine plant in Chennai and employs around 11,000 people directly. It’s also moving to double its dealer network in the next two to three years and is in the process of building an engine assembly plant in Sanand, India. The automotive industry represents about 7 percent of India’s GDP, but the government’s goal is to increase that to about 10 percent.

About 13 out of 1,000 people own a car in India, and sales are falling according to Wall Street Journal’s LiveMint. But the country’s cooling economy is being reflected in car sales, LiveMint reports:

“The trend has led to a steep decline in sales of small cars, which are typically bought by those who have never owned a car before. … In the first half of fiscal 2014, small cars as a percentage of total sales almost halved to 33.08% from 59.24% in the corresponding period in fiscal 2010, according to Society of Indian Automobile Manufacturers (SIAM).”

Still, India’s auto market today stands at about 3.5 million vehicles a year compared to about 800,000 in 2002. By 2020, Ford expects the market to double or more to 7 or 8 million vehicles, making it the third largest market in the world behind China and the United States, Fields said.

Related story: Why the Failure of the Nano Has Been a Success

He also indicated that the Nano flop is a cautionary tale for businesses that take a “company out” instead of a consumer view of the world. While Ford is moving toward a “One Ford” operation, providing global platforms and models instead of more region-specific vehicles, it nevertheless tries to customize this fleet to fit local customs. That includes offering storage areas for religious statues that ride along with many Indians in their cars, providing bigger air conditioning compressors to deal with unforgiving heat and humidity, and bringing much more vibrant, “optimistic” color schemes both inside and outside of the cars.

“In other parts of the world yellow instrument panels turn people off, but not in India,” he said.

He also noted that Ford has learned that car horns play a much bigger role on the streets of India compared with other markets.

“When you go to India, horns are a means of communicating, so we have to work on the durability of our horns,” Fields said, prompting audience laughter.

Desh Deshpande is an Indian American venture capitalist and entrepreneur, best known for co-founding Internet equipment manufacturer Sycamore Networks. He also started the Deshpande Center for Technological Innovation at MIT and the Deshpande Foundation, which aims to accelerate the creation of sustainable, scalable social enterprises. In July 2010, he was appointed by President Obama as co-chairman of the National Advisory Council on Innovation and Entrepreneurship.

At the start of his session, Deshpande emphasized a simple formula for social business: innovation + relevance = impact. “If you want your big idea to have an impact in the world, it has to be dedicated to a big problem in the world,” he said. That may sound obvious, but he cautioned that innovators working in developed countries have a tendency to lose sight of the need for relevance in their work. “Innovators often create an environment that moves slowly away from the real world – they get trapped in little clubs and focus on impressing each other rather than on making an impact,” he said. “You need a conscious way to connect grad schools and professors to the relevance of the market.”

He shared the example of one of his students at MIT, who wanted to improve water access in an Indian city. But when she actually went there, she found that people already had some access to water – the problem was, they were only getting water for two hours a day, and they didn’t know when their two hours would be. So she mapped the water access points to individual households throughout the city and set up a subscription service that sends an SMS to people, telling them when they’ll get their two hours of water each day. Making a limited supply predictable has a huge value to people, he explained – and his student only realized this by taking the time to understand their problems, then co-creating a solution with them. 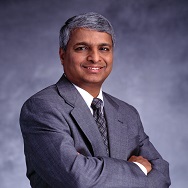 In response to a question about how best to measure impact, he had an interesting response: “I just use common sense. Feeding food to a hungry child is impact. Teaching science to kids is impact. I know you have to get more strategic for those things, but I think that particular profession overdoes it. The UN does 100,000 page impact studies, and finally nothing happens. That’s why you have to lead with relevance, when connecting big ideas to these markets. You have to get people to own the solution – our ideas are meaningless unless people embrace them. And entrepreneurship is about finding a way to unlock this.”

He said he’s seeing evidence of India’s growing enthusiasm for entrepreneurship when he visits the country to give talks. “Before, people would always come up to us and tell us about their problems, and ask what we’re doing about it. ‘When are you going to open this factory, create some jobs?’ But last year, for the first time, of all the people in the audience, none of them asked what we’re going to do for them. This time, almost all the questions were ‘How can we do that for ourselves?’ If you can get people to change their mindsets and own the idea, it’ll happen. If not, it won’t – they’ll just be a hired hand.”

That’s what’s good about India today, he said: “They have a lot of big problems, but there are people there who are globally competitive, trying to solve those problems. Combine global excellence with big problems that need solving, and you get magic. I hope that Indian innovation will be the beacon of hope for the rest of the world.”

But developing countries aren’t the only ones that need social innovation, he said, emphasizing that American grads will have to become job creators, not just job seekers, in the coming decades. “The U.S. starts about 500,000 new business per year, and these have generated about 4 million new jobs on average. But we need to get that to 6, 8, 10 million to manage unemployment, because globalization will just make the job situation worse.”

The solution, he said: more people have to become entrepreneurs.