Tasting the Fruits of One’s Labor (For the First Time): Highlights from ‘Lets Talk Coffee Rwanda’

Last week we hosted one such event – the first held in Rwanda. Let’s Talk Coffee Rwanda coincided with the launch of Sustainable Harvest’s nonprofit entity, the Relationship Coffee Institute, a project funded by a three-year grant from Bloomberg Philanthropies. Convening in partnership with Women for Women International, Let’s Talk Coffee Rwanda brought together female farmers to empower them with new economic opportunities through trainings on the coffee value chain. Though the Rwandan farmers in attendance grow coffee, most had little knowledge of what happens to their coffee as it moves from seed to cup. In fact, for the vast majority of the 80 female farmers in attendance, this was their first time tasting coffee.

Day one of Let’s Talk Coffee Rwanda, “Global Connections: Common Experiences” included a presentation by two women with amazing stories of how coffee has made a positive impact on their lives and communities. Aurora Izquierdo, founder and president of the ASOANEI cooperative in Colombia, shared her story of growing up in the Sierra Nevada de Santa Marta and Serranía del Perijá mountain ranges of northern Colombia. This is an isolated indigenous community with a deep commitment to the environment.

After completing a primary education, Aurora left her home village for Bogota, where she continued her education before returning to her home village to share what she had learned. Previously the only coffee was found in small parcels, but Aurora encouraged her community to invest in coffee production, sought the approval of the community, and blessed the plants prior to planting. From these beginnings, she is now a leader of an innovative cooperative in Colombia focused on quality and the environment. The Rwandan farmers in the audience listened and hopefully drew parallels and inspiration from Aurora’s story. 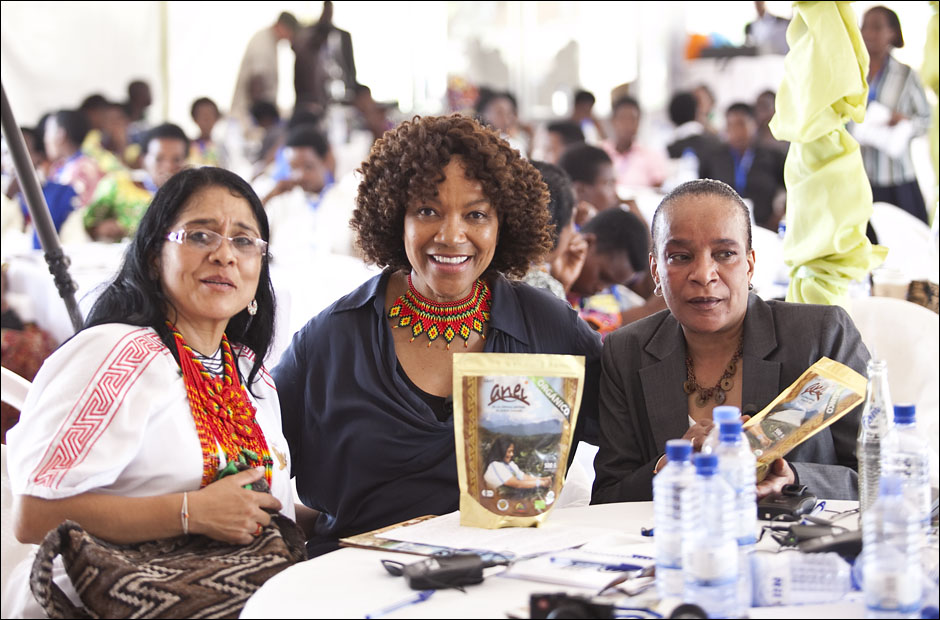 Following Aurora on stage, my friend Laetitia Mukandahiro told her story. Laetitia is one of the top cuppers in East Africa and currently manages quality control for KZ Noir, one of Sustainable Harvest’s suppliers. Laetitia’s entire life has been surrounded by coffee. The daughter of a coffee farmer, she began her career in coffee working as a sorter at a washing station. In 2005 she was given the opportunity, as were her colleagues, to try cupping coffees. She finished at the top of her group of colleagues and was soon hired by a Rwandan coffee lab. Nearly overnight, she saw her income more than triple. As she found her passion, she continued developing her skills, eventually earning her Q-Grader certificate and repeatedly being promoted. Today she earns more than 30 times what she made as a sorter in a washing station and has been recognized as Rwanda’s top cupper in international competitions. Through her work in coffee she put herself through college at night, and earned a degree in economics in 2011. Her advice for LTC attendees: Have confidence and don’t stop moving forward. 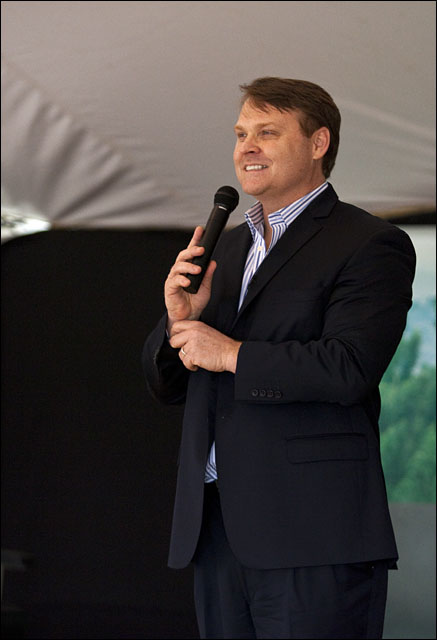 I was inspired by the stories Aurora and Laetitia shared, with concrete evidence of how working in coffee has changed their lives. The impact on the women attending was palpable. Making these connections and building relationships between a Colombian coffee farmer, a Rwandan cupper, and smallholder producers from throughout Rwanda captures the spirit of Let’s Talk Coffee Rwanda’s model.

On day two, in a panel discussion that I moderated, we brought together representatives from various parts of the supply chain. Gilbert Gatali, managing director of KZ Noir, gave a presentation about the role of the washing station and the exporter, while Christy Thorns of Allegro Coffee talked about her role as a coffee buyer for a national U.S. coffee brand and the ways she looks to connect to the communities from which the company sources. Jesse Durham of Sisters Coffee shared her experience as a co-owner of a family business roasting and retailing coffee in a small town in Oregon, and Brent Garcia from Nossa Familia Coffee completed the supply chain with a discussion about his role as a barista trainer.

Later in the day the women moved into focused training sessions, and one of the most exciting was a tasting session of coffees from around the world, led by Sustainable Harvest’s Olga Cuellar-Gomez. Olga prepared the women to experience the coffees’ flavors by first having them taste honey, local fruits, and chocolate. They then tasted coffees from Ethiopia, Brazil, Peru, and Colombia (grown by Aurora from the ASOANEI co-op).

I found it truly inspiring to taste coffee with these women and take in their sophisticated descriptions of what they experienced. As the women completed their day and presented to the larger group about their experiences, one after another described how exciting it was to taste the results of their labor. The local culture is one in which coffee is not typically consumed—in fact, it is often demonized through stories of coffee leading to heart attacks, sleep loss and other negative side effects. The women’s better understanding and enjoyment of coffee bodes well for the ever-improving quality in Rwanda.

As we wrapped up the training sessions, the women gathered and recapped all they had learned during the past two days. It was encouraging to hear so many of the women say that they now felt like they were part of the larger global community of coffee farmers.

It was a gratifying week for all involved, and I have to recognize the amazing team that put so much work into making this event a success. With more than 160 attendees, Let’s Talk Coffee Rwanda was by far the biggest regional event we have produced, and it even rivaled the first few years of our global event. Let’s Talk Coffee is a huge undertaking, and I’m so proud to work with a team that recognizes that everyone’s hard work is integral to creating a successful event.