NexThought Monday (2/10/14) – The Kiva Fairytale: It’s a microlending superstar – but who is it really serving?

Editor’s note: As part of our Most Influential Post of 2014 contest, we are re-publishing the articles that attracted the most reads. This article was the most-viewed for February. To see the full list of the most popular posts in 2014 and to vote for your favorite, click here.

Behavioral economists increasingly challenge the assumption that we behave rationally. The very existence of Kiva is testimony to this concern. Its rise bears all the hallmarks of a bubble or scam, but one fueled by euphoria rather than greed. Its success can tell us a lot about the hidden risks of anti-poverty efforts – and the weaknesses of human nature.

The background (in brief)

Inspired by Muhammad Yunus, an enthusiastic but inexperienced couple with newly-minted MBAs* decided to save the world with a trendy dot-com (while also creating high-profile jobs for themselves). They started a website that allowed people (apparently) to lend small amounts of money via the Internet to individual low-income entrepreneurs, based on the personal stories of the loan recipients. The idea caught on unexpectedly. The business model wasn’t in fact scalable, but no one noticed. They got on Oprah, celebrities piled in, the couple divorced, and Kiva morphed into a beast. Though it’s a non-profit that doesn’t charge interest directly on its loans (leaving that part to the MFIs it works with), it now brings in over $17 million in annual revenue and support.

Does Kiva work? In terms of poverty-alleviation using microcredit, Kiva’s apparent aim, the answer is no.* Despite many years of trying, independent academics have been unable to find any convincing data confirming an overall positive impact on poverty reduction achieved by indebting the poor. David Roodman at the Center for Global Development summarized its impact most succinctly: “zero.” With interest rates often exceeding 100 percent, it is not hard to see how microcredit can progressively increase rather than decrease poverty, as demonstrated poignantly by crises in Andhra Pradesh and elsewhere. But let’s ignore these details for a moment and assume microcredit does retain some useful function – is Kiva an effective mechanism to achieve this?

* Editor’s note: Kiva disputes the claim that its approach to poverty alleviation does not work, and describes the impact of its Microcredit Plus program here.

The facts do not support Kiva. In 2012 Kiva spent $14 million to loan $111 million. Despite most staff being volunteers, Kiva managed to spend $0.13 for every $1 loaned. Typical specialized microfinance funds will make a modest return with a 2 percent annual management fee from which to cover all costs – making them 6 or 7 times more efficient than Kiva in getting money from investor to poor person.* The main difference is that such funds don’t provide pretty photos and heart-warming stories to their investors.

Kiva lends via the very same microfinance banks as other microfinance funds. Entrepreneurs engaged in coca production or cock-fighting are all equally free to apply for a loan, as are those that employ child labor. In practice there is not even a requirement that the ultimate businesses financed need to be legal.* Kiva spouts lovely stories backed up with photos, but fails to discuss the interest rate that the poor are forced to pay. And for fair-skinned, attractive and thin African women, the money appears to pour into Kiva all the quicker.

* Editor’s note: Kiva has provided the following link stating that the business activities of its loan recipients must be legal in their country of origin and not violate major UN conventions.

The perk to the banks is that money raised on Kiva is interest free, while they can charge the poor whatever they like and pocket the interest. But even this is insufficient to keep the banks interested, as many are now deserting Kiva (as shown by their high number of inactive partners). We are potentially witnessing a dangerous race to the bottom, whereby decent MFIs prefer to work with professional funds and avoid the hassle of drumming up endless photos and promotional stories, while those that can’t tap such funding remain with Kiva.

The entire Kiva mechanism is not even particularly efficient at getting money out of California – according to the 2012 financial statements $82 million is sitting in a U.S. bank account, and guess who earns the interest on this tidy “buffer”?

Editor’s note: Kiva has provided an explanation and additional context for financial figures presented in this post, please see the organization’s response here.

Almost five years ago David Roodman (and then the New York Times) first pointed out a minor problem. Kiva’s initial attraction was that it was a peer-to-peer lender, but it is not in fact a peer-to-peer at all. The loans featured on the website were made months before, and Kiva users are essentially buying them from the banks.

Editor’s note: Kiva says that in 2013, loans were made an average of 19.8 days in advance of being posted

But the deception does not end here. Kiva cleverly chooses to reveal out-of date portfolio yields* instead of actual interest rates on loans, conveniently and consistently under-estimating the real cost to the poor. Other lending platforms manage to publish interest rates, while Kiva is more highly skilled in publishing the quaint information required to encourage people to open their wallets. Interest rates approaching 100 percent would raise too many eyebrows – they’re best hidden. Kiva’s default rates on loans are famously low, apparently. And yet the banks themselves report default rates substantially higher than Kiva. Either Kiva miraculously manages to weed out all the non-performing clients better than the bank itself can, or the bank is covering loan losses itself to ensure a steady flow of interest-free capital.

* Editor’s note: Kiva says it prefers to cite portfolio yields instead of interest rates on loans. It explains why here. 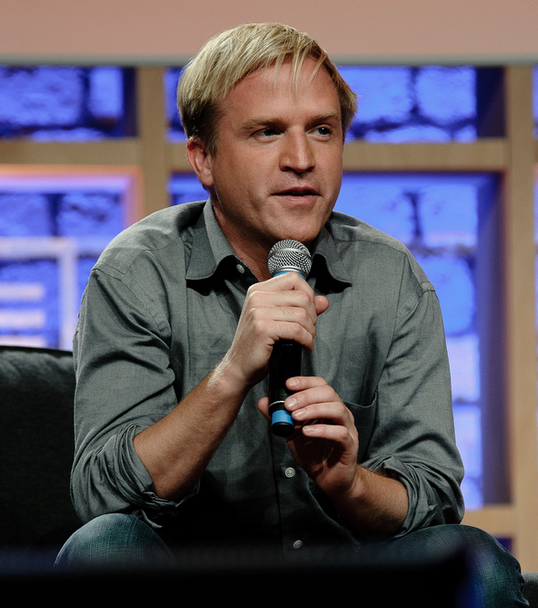 Kiva has also partnered with some highly dubious banks. I have discussed elsewhere the legendary case of the inappropriately named Lift Above Poverty Organisation* in Nigeria, caught with their trousers down on the front page of the New York Times. As I describe in my book, Kiva clearly knew this bank was deeply flawed, charging extortionate interest rates and operating illegally, and yet failed to alert the Kiva users until the New York Times did, pumping $5 million into the bank in the meantime. How many other cases are there?

More recently Kiva alienated many users by partnering with an ultra-conservative and homophobic Opus Dei partner in Kenya*, and failed to reveal a number of conflicts of interest arising from this relationship.

The deception extends to Kiva’s marketing, as Phil Mader of the Max Planck Institute recently discussed while examining their promotional video. In it, “Pedro”, an imaginary coffee farmer, gets a loan from Kiva to buy a tractor to replace a dead cow. The tractor allows him to grow “ten times as many coffee beans as he did before.” Amongst other flaws, Mader points out that coffee farmers don’t need cows or tractors to grow coffee, because it is a shrub. And even with a tractor it is impossible to increase coffee yields tenfold thanks to a $2,500 loan (which is insufficient to buy a tractor anyway – much less to increase a farmer’s land holdings). “It is a deliberate deception of potential lenders…” Mader says. “Well-intentioned people are duped into unrealistic expectations about the power of microlending.”

“Us” to the rescue

But those unrealistic expectations are the whole point. We love Kiva. It makes us feel empowered. It justifies our countries’ lack of more robust collective solutions to poverty in developing countries. We can “feel like a mini-Bill Gates,” in the words of Kiva co-founder Jessica Jackley. We see such suffering and poverty on TV, and we feel helpless. But no more – Kiva empowers us to do something to change things. We are tired of charity, we want to teach people to fish, not just dole out free fish. We love social-business, or financial inclusion, or triple-bottom-lines, or whatever the latest buzzword is. We idolize the creativity and ingenuity of Silicon Valley and dot-coms and young energetic MBAs sustainably solving the world’s problems. From the luxury of our armchair we too can be part of it. For the price of a couple of cups of over-priced coffee grown by our friend Pedro we can catapult him out of his life of misery in some forgotten corner of the globe and take pride in our action. What’s more, we get the money back a few months later, so we can still have our coffee after all.

Donors love it, too. Google themselves recently handed Kiva $3 million to continue this merry-go-round, and they are not alone: JPMorgan Chase, Microsoft, Ashoka, Omidyar Network, Skoll Foundation, Intel, Walmart and Visa are all enamoured with Kiva. U.S. comedian Bob Harris even wrote a book about his adoration of Kiva – The International Bank of Bob. I fear the last laugh may be on him.

Does it work? Who cares? This is the genius of Kiva – it doesn’t need to work. It feeds an “ideology of entrepreneurial charity,” as marketing researcher Domen Bajde puts it, and ideologies don’t need proof. It is an illusion, a façade and the public face of a broader agenda – the financialization of the poor. As Phil Mader phrased it, it allows the general public “to consume the feeling of charity without financial loss,” and it perks up the reputation of microfinance in their imaginations. Indeed, Kiva has started lending in the U.S, charging Americans perhaps 10 percent interest, while those south of the Rio Grande pay up to 10 times this.* But while Kiva may be the general public’s principal interface with microcredit, Kiva is merely the tip of a very large iceberg. It has pumped out $500 million since 2005. Peru alone has nearly $11 billion in outstanding microfinance loans today.

* Editor’s Note: as Kiva explain in their response post, any interest charged to loan recipients is charged by Kiva’s field partners, not by Kiva itself.

Are we going to solve poverty with such mechanisms? If we mobilized the vast sums of capital deployed in microfinance – much of which is useless – in a more effective manner we could contribute substantially. Institutions such as Zidisha may be a step in the right direction, actually doing what Kiva claims to do*. Banks such as ProCredit, targeting the smaller companies in the tier above the traditional microfinance target group, are actually generating employment (but without heart-warming stories and photos of women with goats). And let’s not forget the old-fashioned “aid” areas – a vaccine can have a far greater impact than a $50 loan costing 80 percent per year.

* Editor’s Note: In 2011, Kiva launched Kiva Zip, a pilot program that is a direct p2p microloan program for entrepreneurs in Kenya and the U.S. More info here.)

Instead, by fooling people – especially young people – into thinking that poverty can be eliminated simply and easily through microloans, Kiva plays an important role in undermining the wider global struggle against poverty, deprivation and inequality. Kiva is a scam, and if we are to contribute to the welfare of the poor and restore any faith in the integrity of the U.S. financial sector, such players should be regulated immediately.*

* Editor’s note: Like all nonprofit organizations, Kiva is subject to regulations and enforcement by the IRS and their state (California) attorney general. Kiva also points to its rating on Charity Navigator.

Hugh Sinclair is an author and consultant who currently works for a select group of clients who strive to provide ethical, beneficial microfinance to the poor.