NexThought Monday – Tech Done Right to Do Good: As The Tech Awards turn 15, how to stay cutting edge in a world of u-turns

The Tech Awards will celebrate its 15th anniversary in November when it again honors 10 people (laureates) who are using technological innovation to solve the world’s biggest challenges. The Tech Awards has honored 277 laureates from the worlds of environment, education, health and economic development, and since its inception in 2000, the program has awarded laureates $4.35 million in cash prizes. As part of that milestone, NextBillion has teamed up with the organization to feature some of the stories from winning laureates who over the years have gone on to develop game-changing social enterprises and nonprofits by harnessing the right technology at the right time for the right impact. NextBillion is serving as a media partner for The Tech Awards annual gala in November when it will announce the 2015 class of laureates. I spoke with Leslie Zane, director of the Tech Awards, about the past, present and future of the

Scott Anderson: Many people have heard of The Tech Awards, but don’t know its history. What’s the ‘origin story’ behind the competition?

Leslie Zane: In 2001, The Tech Museum of Innovation had just opened a brand new, state-of-the-art, 132,000 square-foot. science and technology center and we wanted to create a signature program to help brand the institution as an international showcase and resource center. Peter Giles, Dick King, and Lynda Greene, president, vice president of development and vice president of education respectively, put their heads together and agreed that the most exciting thing about Silicon Valley wasn’t the pure technology that is created here, but what that technology makes possible. Thus, the tagline “Technology Benefiting Humanity” was born. King, a former Peace Corps volunteer, was particularly interested in focusing on the underdeveloped world and exploring how people and organizations were applying technology to help solve some of the most pressing global challenges. They grouped the areas of interest into in five general categories: environment, education, health, economic development and equality (subsequently changed to young innovator). Greene found willing partners to provide intellectual capital – the Center for Science, Technology and Society at Santa Clara University – and financial capital – Applied Materials, Inc.

The effort to create the Awards benefited from several factors:

The Tech Awards was launched, laureates were selected and a keynote speaker – former President of the United States Gerald Ford – was booked to speak at the gala. Then the horrendous tragedy on September 11, 2001 happened. Many thought The Tech Awards gala, scheduled for November should be canceled. But the museum’s leadership and partners agreed to move ahead feeling that The Tech Awards could play a critical role in helping the community heal and recover. The inspirational power of The Tech Awards was captured by President Ford when he said, “These Awards serve to remind us of our common humanity and uncommon reliance on technology as an instrument of universal advance.”

SA: Technology is always a moving target, and some technologies may appear promising, only to be quickly outdated or rendered ineffective by better technology. How are the winners determined and how do the TTA judges avoid selecting technologies that are inappropriate for the context or that burn out too quickly?

LZ: Technology is indeed always changing. Each year we convene panels of expert judges for each category of The Tech Awards. The judges examine each applicant carefully to understand the nature of the problem the technology is intended to address, the extent to which the technology is truly innovative, the impact that the technology has demonstrated so far, and the potential for future impact. By engaging judges that have both technical expertise and real-world experience in deployment of technology in low-resource settings, we’re able to both assess innovation and reality-check the applications for likelihood of future success.

Over the course of The Tech Awards we have streamlined the process in several ways:

In 2015 we introduced a short eligibility form allowing applicants to find out within 24 hours whether or not they met the criteria for the Awards. If so they were then given the link to the full application. This system saved time for both our judges and for applicants

whom might be better matched to a different competition. We also emphasize that The Tech Awards is not an idea competition. Even in our Young Innovator category the applicant must have at least a prototype of their innovation. Since introducing this category in 2012, we’ve been very impressed with the scope of projects – and all of them beyond prototype phase.

The other component that assists our judges, apart from their discussions about their top five choices, is an updated judging rubric that outlines what the judges should be looking for in scoring applicants. In 2014 we decided that the emphasis on The Tech

Awards should be mostly about innovation so that response is now worth 40 percent of the total score of 100.

Of course, we don’t have a crystal ball – we can’t always know how technologies will pan out in the future. But we’re confident that our judging system is able to sift through the hundreds of applications we receive each year to identify the individuals and organizations that are creating truly innovative, high-impact projects that will benefit people in great need around the world.

His grandson, Santosh, was an engineering student at that time and that incident had a

profound effect on him. The problem was a simple one and one that would be considered too trifling by people in urban areas. But Santosh understood the huge effort his grandfather took in making the numerous trips to his fields. And that was when he decided on the future course of his life, that he would work towards resolving such problems faced by farmers. After graduating as an electrical engineer, Santosh decided to use his knowledge of electronics in the field of water management. To that effect, he formally established Ossian Agro Automation in 1996. He introduced various solutions and kept enhancing them to ease the life of farmers.

The culmination of his efforts came in March 2008 when he introduced a device called Nano Ganesh. In 2011, Santosh was honored as a Tech Awards laureate in the Economic Development category. He believes that he has fulfilled his dream of helping save precious water, electricity, and time. To sum up, empathy, compassion and the deep desire to make the world a better place for all, are the preeminent traits of the Tech Awards laureates. 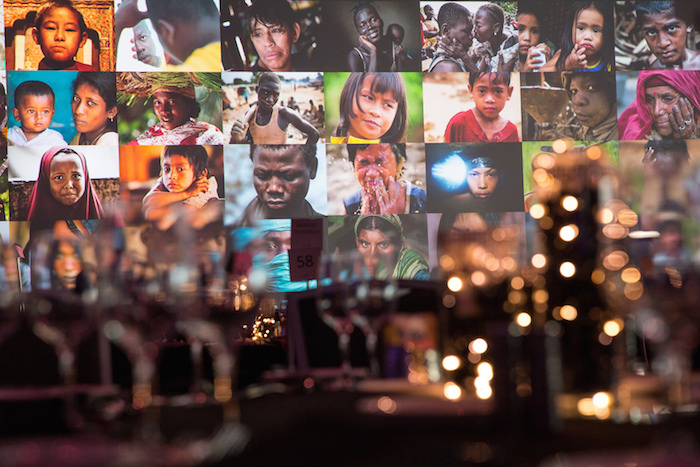 SA: This is the 15th year for the TTA. Have you followed the trajectories of the past laureates and their businesses/nonprofit organizations?

LZ: We have honored 277 laureates at our annual gala and have awarded $4.35M in cash prizes. On November 12, we will celebrate another 10 laureates and award them each $50,000 in cash prizes. The Tech Awards is not a grant – there are no restrictions or requirements with our prizes; hence no follow up reports, timelines, expectations. Despite that, we hear from many of our former laureates and most are still active in the social enterprise sector. Of those who are well-known, there are those lesser known laureates who also contribute their ongoing success to the credibility The Tech Awards gave them when they needed to get a foothold in the world of social enterprise. Here are a few testimonials:

“The Tech Awards were extremely valuable for us: Being named as a laureate was great exposure, and in many ways it validated our business model. People take Silicon Valley seriously, and the recognition we gained through The Tech Awards then helped us raise our first venture funding. We’ve also appreciated the ability to network with laureates since then, and it’s great company to keep.”

“Being honored as a Tech laurette in 2004 help to put DonorChoose.org on the map as a tech-forward nonprofit organization. The award inspired us, and it also opened doors to funders and advisers who support us to this very day. Since 2004, DonorsChoose.org has been able to deliver $325 million to classrooms across the United States.”

“The Tech Awards is the premiere social good event in Silicon Valley. The Tech Museum is a high-profile institution; and when it gives out an award it’s like being recognized by all of Silicon Valley. This means winning a Tech Award is a big boost whether you’re local or somewhere else in the world. Winning the Tech Awards was also a big validation of our path of using tech for social good rather for maximum profit. The Tech Awards took a chance on us early on. Benetech’s Bookshare completely revolutionized the way we get accessible books to children with print disabilities like blindness.”

“Being a 2001 laureate has meant a great deal to Green Map System. It buoyed our journey toward becoming a truly global network now impacting 65 countries where inclusively made Green Maps offer a fresh perspective on local progress toward sustainability and a greater understanding of the catalytic potential of technology. We value the many opportunities stemming from The Tech Awards, including ongoing Global Giving support, participation in the Global Social Benefits Incubator and even ringing the opening bell at the NASDAQ!”

Among the 277 already honored as a Tech Awards laureates are the following, many of which are well known throughout the world, including: Akshaya Patra, Angaza Design, Build Change, D-Rev, Embrace Global, Innocence Project, Khan Academy, Kiva, Smile Train, TeachAIDS, WE CARE Solar, WITNESS.

SA: Over time have you identified some common personality traits that the laureates share, traits that help them to succeed where others may fail?

LZ: The Tech Awards laureates share critical traits common to the great innovators of Silicon Valley – intelligence, insight, creativity, and extraordinary persistence – the drive to keep at a problem until it’s solved. What they also bring to the table is a profound interest in working on humanitarian challenges – the desire to bring their skills to bear on problems afflicting people in need, regardless of whether or not there is a profit to be made. That doesn’t mean that there can’t be a financial benefit – in fact, many of our laureates work in for-profit organizations. In some cases the innovations have been the direct result of a laureate witnessing a relative or neighbor struggling with hardship. For instance, in 1981, Sukhlalji Ostwal’s leg had to be amputated below the knee after gangrene had set in. The elderly man had to make the rounds of his field with the help of a stick. Water supply was erratic so he had to make multiple trips, sometimes up to ten trips a day to start the motor that watered his fields.