Microsoft will spend $75 million to put tens of millions of smart devices into the hands of African youth by 2016, the company announced in February.

As Forbes reported, the Microsoft 4Afrika Initiative will bring “1 million African small and medium-sized enterprises (SMEs) online, increase the skill level of 100,000 members of Africa’s existing workforce (they call it “upskill”), and help an additional 100,000 recent graduates develop job skills, 75 percent of whom Microsoft will help place in jobs.”

Windows phones have already been released in Africa, but they remain out of financial reach for the vast majority of the population. Microsoft plans to chop at least $100 off the lowest price.

The weapon of choice in this effort is the Huawei 4Afrika Windows Phone 8. A slight variation of the phone targeted at European markets is twice as expensive. This device comes in three snazzy colors and is preloaded with custom apps specifically designed by developers in Africa for consumers in Africa. Priced at $150 USD, this device appears to be the most affordable and advantageous option for students, small businesses and first-time smartphone owners.

Africa is still pretty new to the “cloud.” In an effort to improve access to technology, Microsoft is also deploying a pilot project with the Kenyan Ministry of Information and Communication and Kenyan internet service provider Indigo Telecom Ltd. to deliver widespread low-cost, high-speed, wireless broadband. The deployment, the first of its kind, combines the potential of solar-powered base stations and TV white spaces (unused wave frequencies). The initial installation near Nanyuki, Kenya, brings internet access to five locations that have never had it before—a health care clinic, a primary school, two secondary schools and a community center. Next, an installation in Kalema, Kenya, will start with a base station and a connection to the government of Kenya’s agricultural extension office. Gradually over the next few months, the partners will add 14 locations to the network, serving up to 6,000 people. Aptly, this deployment is called Mawingu, which is Kiswahili for ’cloud’.

Jean-Philippe Courtois, president of Microsoft International, says the company is shining a spotlight on Africa now because they see it as a prime moment for growth.

We believe there has never been a better time to invest in Africa and that access to technology—particularly cloud services and smart devices—can and will serve as a great accelerator for African competitiveness. 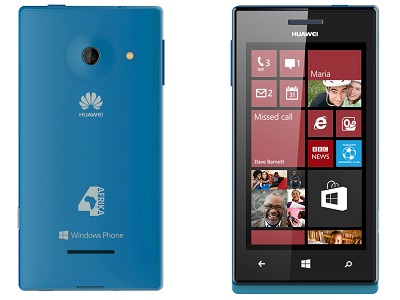 Analysts agree that smartphones and other wireless devices will probably continue to be the primary way most Africans access the internet. Africans are developing an increasingly mobile-centric lifestyle, socially, politically and economically. With Mawingu able to deliver high-speed internet access to areas without even basic electricity, there’s no reason this evolution shouldn’t continue at a rapid pace.

“Many see China or the BRIC countries as the next big opportunity for growth,” Aly Faramaway, Microsoft’s VP for the Middle East and Africa, disclosed in a recent blog post:

UPDATE: When the program was first announced earlier this year, Microsoft was focusing on Egypt, the Ivory Coast, Nigeria, Kenya, and South Africa. Earlier this month, Microsoft expanded its 4Afrika initiative to Rwanda.

The goal in Rwanda is no different from that in other African countries: to distribute affordable smart devices preloaded with a “4Afrika” AppFactory operating as a ’by Africa, for Africa’ programming platform. The initiative also includes educational opportunities for African youth to develop both technical and entrepreneurial skills for an evolving job market.

The minister of youth and ICT, Jean Philbert Nsengimana, believes that “tremendous opportuni-ties abound in Rwanda’s ICT industry.” Microsoft’s presence in Rwanda brings the country one step closer to achieving its goal of a “knowledge-based” economy and becoming the information technology center of Africa. The country has already made significant investment to this end through importing refurbished computers and installing a network of telecenters, some of them hooked up to fibre-optic cable, others making use of mobile phone broadcast towers for their Internet access. The government has identified two pre-existing programs for collaboration with the Microsoft4Afrika Initiative, which will help Rwandan citizens contribute to a more digital economy.

The Viziyo program is de-signed to increase citizen ac-cess to smartphones by helping handset and service providers lower prices for acquiring and operating basic and multipurpose technology through bulk purchase. The Smart Village program, meanwhile, aims to create local jobs by equipping “smart” villages across the country with the latest technology to attract investors aiming to expand their businesses. Both programs, if successful, can increase internet penetration throughout the Rwanda.

Microsoft has invested in Africa, believing that it can be a “game changer in the global economy.” Rwanda seems poised to meet that expectation.

This article was originally published on Global Envision, a blog focused on market-based solutions to poverty managed by Mercy Corps, a NextBillion Content Partner.