2015 marks the fast-approaching finish line for the Millennium Development Goals (MDGs). And according to a newly released study in The Lancet, things aren’t looking great: despite patchwork progress, global health goals “will not be met.” In the world of foreign aid, blame has already been ascribed, in some cases more than two years ago.

But 2015 also marks another finish line: by then, Unilever plans to have changed the hygiene behaviors of one billion consumers across the developing world. Unlike the aid-driven MDGs, Unilever is placing its bet with mass marketing, deploying the power of behavior change communications to fight poor health. Although ambitious, an analysis of the company’s marketing shows that the goal might well be within reach – and that mass marketing can indeed be leveraged to successfully tackle health issues on a large scale.

In 1930, the soap brand Lifebuoy (now a Unilever brand) ran a U.S. campaign titled “Clean hands help guard health.” At the time, poor sanitation and hygiene plagued the country – illnesses like diarrhea and acute respiratory infections ranked among the top ten leading causes of death. Lifebuoy’s social and economic value functioned in tandem by “supporting people on their quest for better hygiene.”

Today, the socially driven brand is still at it. In the wake of a national marketing campaign, clinical trials in India revealed that those targeted by Lifebuoy experienced a 19 percent reduction in acute respiratory infections, a 46 percent reduction in eye infections and a 25 percent reduction in the incidence of diarrhea among children under five. Even school absenteeism dropped by 26 percent. And with an annual global turnover of half a billion dollars across 45 countries, the business is presumably doing something very right. But what? 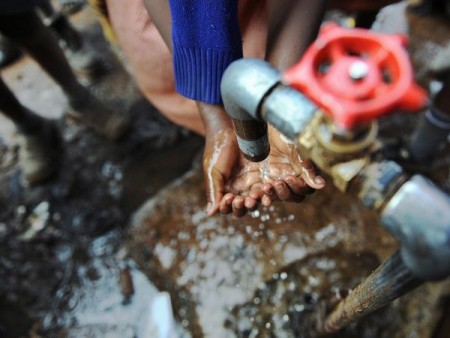 Let’s take a look at India – its largest market with 140 million mostly rural customers – where soap is primarily perceived as a beauty product, not as a health product. Rather than playing on the same court as its opponents, Lifebuoy positioned itself as a health brand, effectively creating a new category and occupying it alone. The new positioning led to a clever strategy: ingrain new habits like hand washing that require using the product, weaving together the social and business functions as mutually reinforcing.

As Unilever explains, the strategy rests on four key pillars. First, awareness: developing knowledge on the importance of hand washing at key moments. Second, commitment: internalizing the need to stay dedicated to the habits. Third, reinforcement: repeating the practice for at least 21 days, making permanency much more likely. And fourth, reward: recognizing and honoring repeated habits to compound positive behaviors.

But building durable habits (read: frequent and loyal product use) around a single brand is no easy task. A unique positioning and inventive strategy require equally impressive tactics. Under the banner of Swasthya Chetna (’Health Awakening’), Lifebuoy launched a series of low-to-the-ground executions over the course of five years to reach deep into rural India: health officers visited over 43,000 Indian villages and schools where they used “product demonstrations, interactive visuals, competitions and drama workshops to spread the health and hygiene message.” Each tactic supported one of the four strategic pillars.

For example, to address the most pressing barrier to commitment – the misperception that cleanliness is about just looking clean – the campaign propagated the message that ’visible clean is not actual clean’ with the Glowgerm demonstration: an ultra-violet lamp revealing glowing germs on hands that have only been washed with water. Having already been exposed to awareness tactics like television ads and posters, the startling visual of one’s own dirty hands internalized dedication to hand washing.

During the five years, the program reached 110 million Indians, increasing soap use by 79 percent among adults and 93 percent among children in the areas targeted. Whereas the UN continues to fall depressingly short of its MDG hygiene goal (at its current pace, it won’t be reached until 2049), and aid agencies like DFID continue to pour ever-more money into hygiene aid programs, Lifebuoy is taking a very different approach: it recently launched the Delta Strike Mass Activation Programme (DSMAP) to globalize the campaign, marketing its way towards the one billion benchmark.

When significant resources and savvy marketing are brought to bear on certain social challenges, the outcomes can be extraordinary. But a more elemental truth might be working below the surface. According to a growing body of research, “use of a brand can help strengthen the health messages being delivered by conveying quality, increasing consumer confidence and ensuring that messages are delivered in a non-patronizing or demeaning tone.” Its money and marketing acumen aside, Lifebuoy is ultimately a testament to the enduring power of brands.

Tags
Base of the Pyramid, public health