Part 2: the ABCs of Innovation and Prosperity in Latin America: abc* Foundation Picks Three Top Social Entrepreneur Innovators for their potential to bring economic and social good to the region

What do a Brazilian technology policy expert, a Zimbabwe climate change activist, and a Mexican inventor of new building materials have in common? They just won two years of financial support and high-level media, investors, and business partnerships as winners of this year’s abc* Foundation innovation awards, picked from among 21 Ashoka Fellow Finalists who presented at the 2013 abc* Continuity Forum (whose speakers and major themes and insights were posted in Part 1 here.)

Why would Latin American business leaders invest in such a diverse group? Because Latin America’s serious and complex economic, social and environmental challenges hold it back from the progress its people and businesses need to thrive. The abc* leaders therefore dedicate their foundation’s resources, and their corporations’ experience, networks and skills to collaborate with the best social entrepreneur innovators to bring their already proven ideas to Latin America, representing an impressive display of cross-sector collaboration for social good.

This accomplishes two important things: (1) it builds upon Ashoka Fellows’ solutions to fast track their positive impacts throughout the region, and in so doing, (2) it helps develop these innovations so that they can be scaled globally. Something the companies behind the abc* Foundation know a lot about.

Here are their Ashoka Fellow picks for 2013: 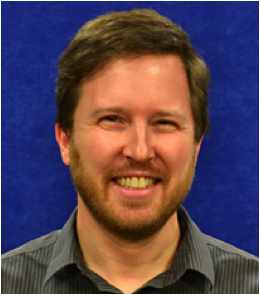 Sascha Meinrath, Director, Open Technology Institute’s (OTI), Commotion Wireless Project. Brazilian citizen Meinrath is a true technology wizard, who works at OTI to develop policy and regulatory reforms that support open communication architectures, maximizing technology to increase connections and innovations. But his passion is the millions of people worldwide whose access to online information is limited by poverty and lack of connectivity and infrastructure. The vision behind Commotion Wireless Project is to change that. It’s a disruptive new model to provide free, ubiquitous, and safe communications across the globe using mobile phones and Wi-Fi enabled devices to connect poor, rural, and other underserved communities to the Internet and to each other. It upends the current model of private communication companies as gatekeepers with fees too high for most of the world’s populations. And it brings communication to places where infrastructure has not yet arrived. View Meinrath’s video explaining his model, its potential uses, and its implications for open information accessible to all below: 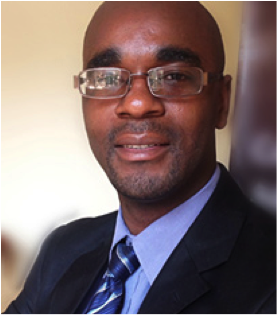 Verengai Mabika, Founder and Director, The Development Reality Institute (DRI). Mabika has developed a new approach to getting African officials, powerful businesses, and influential leaders to recognize the role climate change plays in causing many of the disasters that stunt social, environmental, and business development throughout Zimbabwe and 28 other African countries. Without awareness and good ideas to implement, climate change is very low on anyone’s agenda. Mabika’s innovation—the Climate Change Virtual School Programme—energizes youth, who are more aware of and open to finding solutions to mitigate climate change’s negative effects, in a technology-enabled movement to share information, learn tactics to raise awareness, take actions locally, and link to each other across their countries and the entire region for major impact. And while extremely content-rich, the program is fun—and contagious. The Climate Change Virtual School Programme now reaches over 2,000 youths who have started their own local initiatives. Climate change problems and solutions are not limited to Africa, of course, so abc* support will facilitate the Spanish version of the program for use with communities in the Americas. Learn more about Mabika’s strategy and see its results: Verengai Mabika 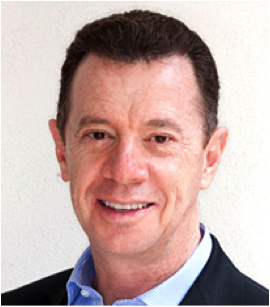 Francesco Piazzesi, Founder and CEO of ¡Echale a Tu Casa!, developed new technologies for creating building materials that are superior to cement or traditional bricks. These materials can be made from the soil right beneath the feet of the 1 billion people who need affordable housing. His “adoblocks” are made by local residents, with whom Echale’s teams work to plan new communities with houses the residents build themselves. He has put better roofs over the heads of nearly a million people in Mexico thus far—in cities, towns, rural areas, and in fragile ecologies where his methods build eco-friendly houses and reinforce community cohesion, values, employment, and environmental stewardship of the habitat around them. Echale recently added a financing model to allow even more families and communities to use his system, as most of them work in informal markets with little documentation of income and thus cannot qualify for home improvement or mortgage loans. In Mexico, 30 million people currently still live in hazardous shelters. The number across Latin America is ten times as great. abc* aims to expand Echale’s model in Latin America and help it to spread globally. View Piazzesi’s abc* presentation below and read more about how his game-changing innovations work by reading his article in THE BIG IDEA: Global Spread of Affordable Housing.

These three winners reflect the values of those who created the Americas Business Council and its abc* Foundation. They are business leaders who run large and growing global companies, and yet, they are dedicated to social and environmental impact as well as profit, working to empower their region to overcome its challenges and enable all its people to participate in shaping a better future for the region and for the world.

Their empathy and experience create a unique perspective on philanthropy, and on its power to source and develop great ideas at their inflection point from idea to prototype success – and then integrating its corporate know-how, systems and networks to help prototypes reach scale. As Camilo Galvis, executive director of the abc* Foundation, said in his opening comments at this year’s Forum: “We don’t see what we do as altruism. We see our work through the lens of applying the best business principles to achieve social and environmental value. We are obsessed with measuring progress, showing quantifiable, positive impacts on society and the environment.” He said “investing in models that can be scaled, and the abc* commitment to finding the best private sector talent in competitive markets to continually support the initiatives’ development every step of the way for two years, assures they will be prepared to make their mark on society.

“And we do all this,” Galvis said, so “our network throughout the Americas and beyond can help maximize the chances of growing and achieving a sustainable future.”